The Maharajah & The Jockey 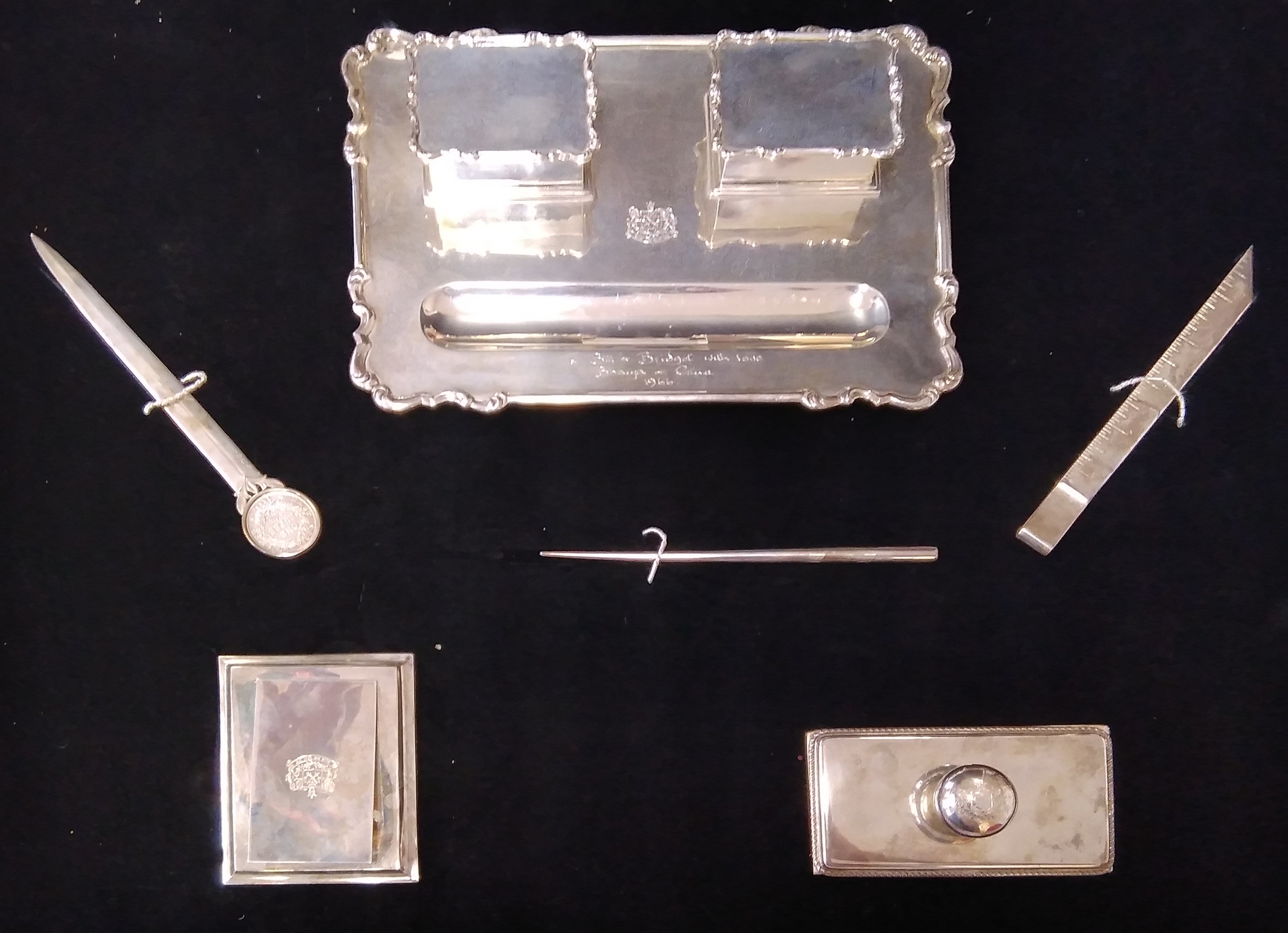 Our 13th December Country Pursuits auction will include a cased Indian silver writing set which was given to renowned jockey William “Bill” Rickaby by their Highnesses the Maharajah and Maharani of Cooch Behar in 1966.

The set comprises of pen tray with integral inkstands, letter-opener, blotter, rule, card clip and dip-pen, the pen tray inscribed “To Bill & Bridget with love, Bhaiya & Gina, 1966”, the letter opener terminal inset with a William IV East India Company one rupee coin, most pieces bearing the Cooch Behar coat of arms and hallmarked for Hamilton & Co, Calcutta 1966. This set was given by their Highnesses the Maharajah and Maharani of Cooch Behar to renowned jockey William “Bill” Rickaby, who rode some of their magnificent racehorses in the 1950s/60s.

Bill Rickaby (1917-1987) rode over 1000 winners in eight countries during his 37-year career.  He was a member of a horseracing dynasty which included uncle Walter Griggs, at whose stables in ‘The Home of Horseracing’ Newmarket he began his apprenticeship, several ancestors named Fred including his elder brother who were all acclaimed jockeys, and cousin Lester Piggott.

Despite his promising start, WWII, involving service in the Middle East and North Africa, interrupted Bill’s career and he found it difficult to re-establish himself after being de-mobbed with the rank of Major. In 1946 he flew out to India to try his luck, and found his fortunes dramatically changed after winning India’s biggest race at the time, the Viceroy, on the back of Selector.  India was to become an important backdrop for most of the rest of Bill’s career. 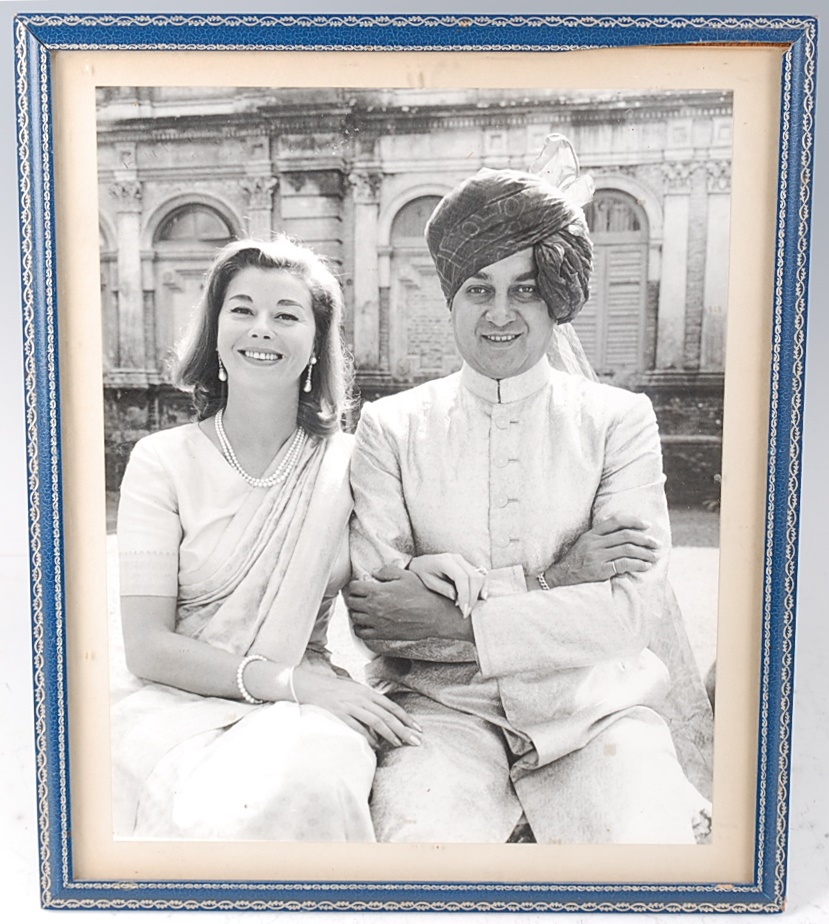 Rickaby and his wife Bridget formed a lasting friendship with their Highnesses Jagaddipendra (Bhaiya) and Georgina (Gina) Narayan, the Maharaja and Maharani of Cooch Behar.  Their Highnesses had married in the mid-1950s, although it was an unexpected match – the dashing Indian Prince and the English model daughter of a London police officer, and the marriage was kept secret for several years.  By the time the Rickaby’s met the couple though, Gina was an accepted part of the Indian elite, hosting European royalty and film stars at their Cooch Behar palace.  Polo and horseracing were central to their lives and the pair owned some of the best thoroughbred racehorses in India.

The Rickaby’s moved backwards and forwards between Britain and India during this time, with Bill having some amazing successes.  Amongst these were the classic wins for the One Thousand Guineas (twice on Sweet Solera in 1961) and the Two Thousand Guineas (Privy Councillor 1962 right). He rode for the late King, the Queen and for Lord Rosebery, on memorable horses including Busted; the 1967 ‘British Horse of the Year’.

Soon after this gift was presented to Bill and Bridget upon their departure for Bill’s new post at the Royal Hong Kong Jockey Club, Bhaiya fell and received devastating brain injuries during a polo match. From this point on he needed constant medical attention and died in 1970.  Also in 1970, Bill and Bridget were involved in a serious car crash from which he never fully recovered, dying in 1987.

The set will be included in our 13th December Country Pursuits auction, lot 474. 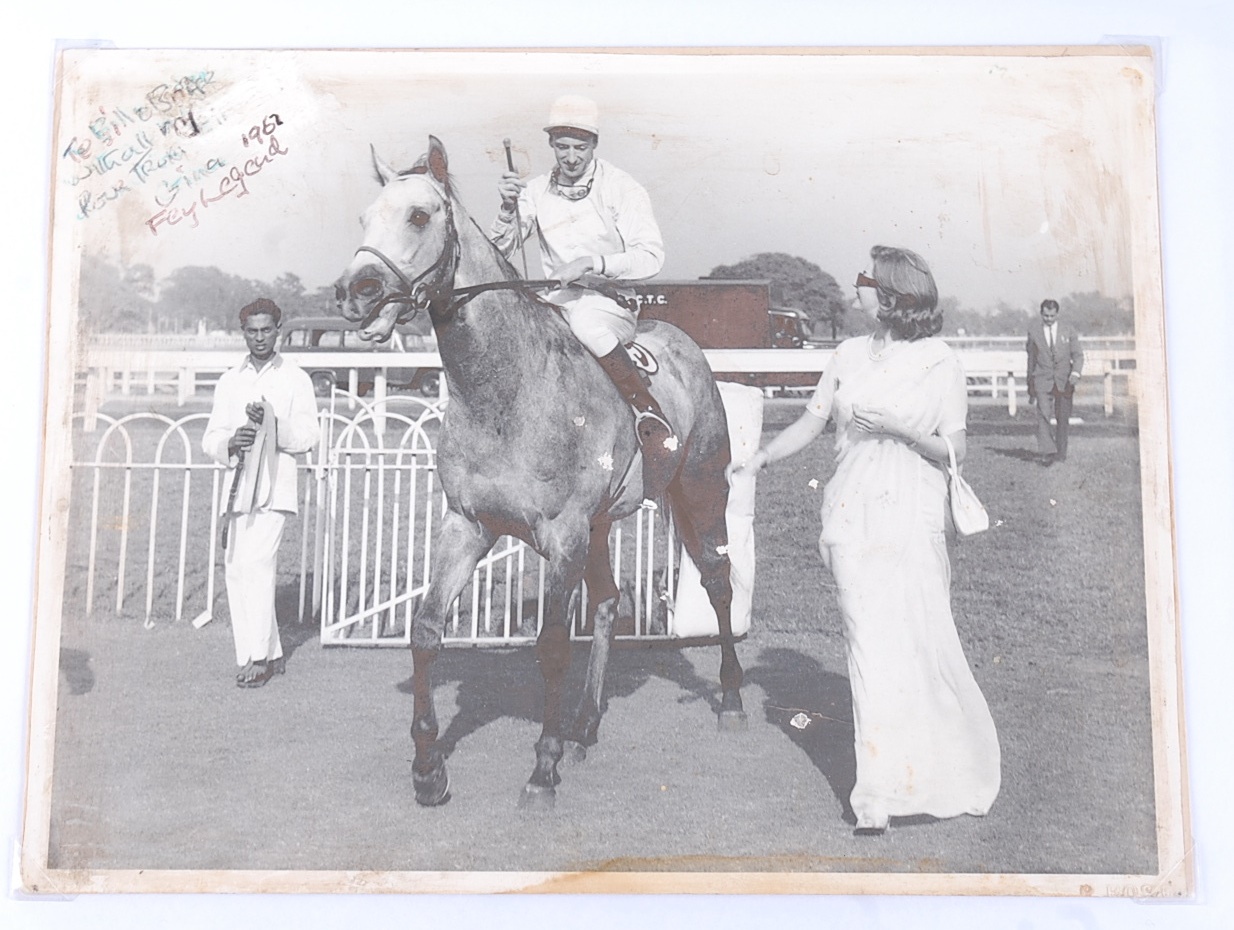