In the autumn of 2017 when we were first engaged to carry out a house visit valuation for certain items at Thorne Court, just outside of Bury St Edmunds, we were naturally impressed by the imposing grandeur of the property itself and the notable art and antiques therein. Those initial visits yielded some fabulous pieces including a stunning 17th century longcase clock by John Shaw, a pair of George III wine coolers, some important Chinese porcelain, and a collection of over 1000 Victorian and later bookplates, which were entered into our December auctions with great success.  Little did we know at that stage that, hidden away in drawers, cupboards and barely used rooms, there was a remarkable legacy relating to a preeminent Victorian and the distinguished families which had led to such a wonderful collection being together under one roof. 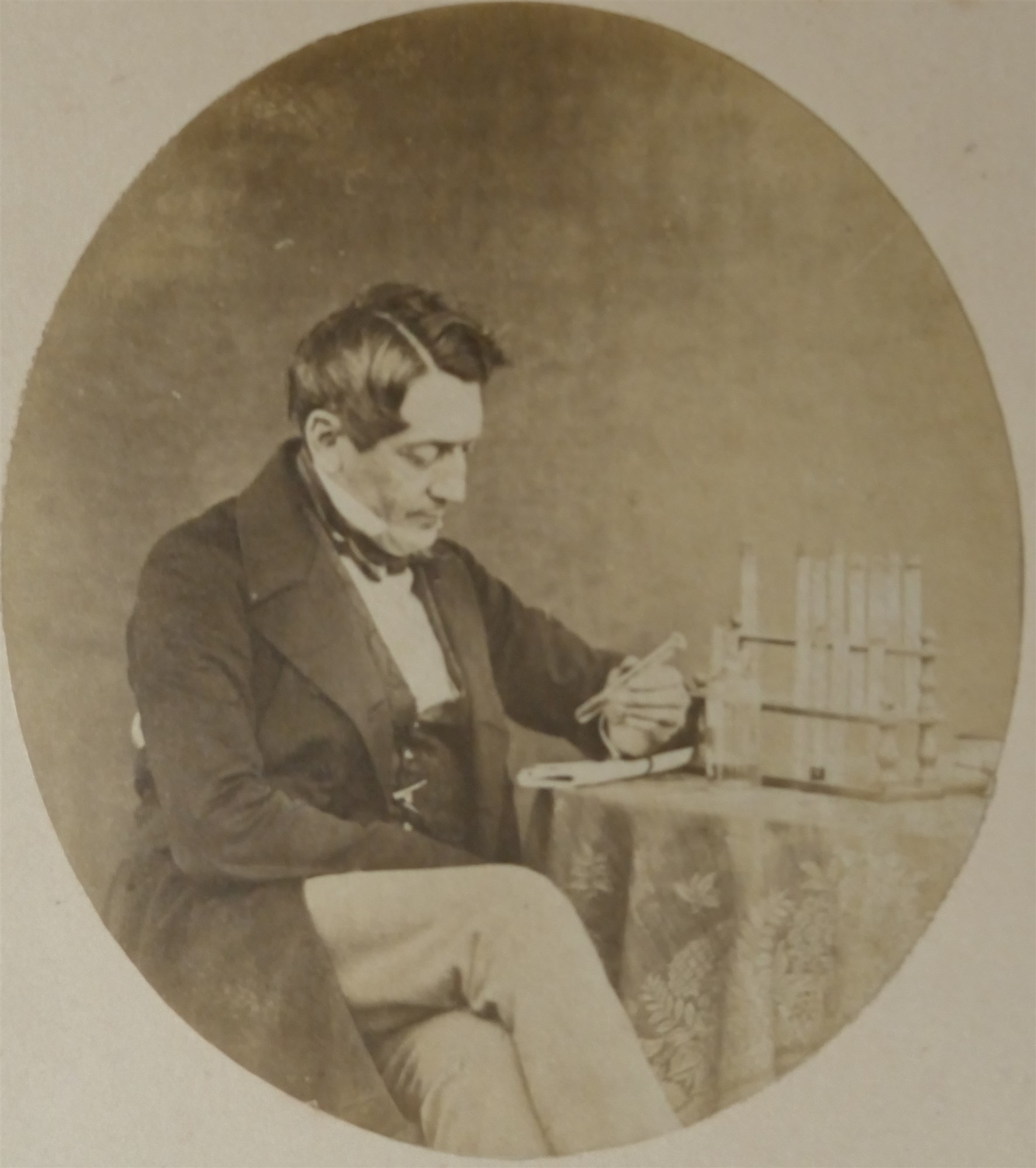 Also consigned to the December auction was a collection of early Victorian daguerreotypes, which caused a considerable amount of excitement.  Further investigation revealed that the photographic images had belonged to an early pioneer of photography, Dr Alfred Swaine Taylor, who was more famously known as a father of British forensic medicine and participated in many notorious Victorian poisoning cases.  The daguerreotypes comprised images of Taylor and his family (including some apparently initialled by his wife Caroline – possibly the first known female photographer), local buildings, and examples of fauna.  Taylor’s only daughter Edith (who also appeared in the photographs as a young child), had married Frederick Methold of Thorne Court in 1865, and inherited her fathers belongings upon his death in 1880.

We have since returned to Thorne Court and the remainder of Taylors estate is contained within this auction. This includes Taylor’s journals, letters, medical and court case related notes, first editions of his publications, daguerreotypes and early photographic items, newspaper clippings and other literary belongings.  Another tantalising discovery is Taylor’s microscope and many slides - a tangible artefact of his astonishing professional life.  Sadly, much of the paper ephemera was jumbled together and in poor condition, including damp damaged in some cases, therefore it has been a monumental effort to go through everything and assemble meaningful lots.  It also appears that Frederick Methold, Taylor’s son-in-law, was an avid autograph collector, so many letters had been removed from their relevant bundles and placed elsewhere or in scrap albums.  With this in mind, we ask that you are forgiving if you come across a letter which maybe should have been included in a different lot.

Alfred Swaine Taylor was not the only eminent figure to have left his mark on Thorne Court.  In fact, the vendors family is also descended from landed gentry, MPs, clergy, East India Company captains, businessmen, Admirals, and, less illustriously, captains of Caribbean sugar estates and major slave-owners.   We have constructed a (much-reduced) family tree to highlight where the authors of some of the letters and subjects of some of the paintings in this collection fit into the lineage.

This sale has been split into three sections, with a loose chronology running through each section where possible.

The first part relates to Taylor’s career as a lecturer, author on medical matters, jurisprudence, forensic sciences and expert witness for criminal cases. This section will include Taylor’s and his contemporaries published works, crime related ephemera and notes, scientific equipment, and prizes for his professional achievements.

The second section is concerned with Taylor’s interest and participation in early photography, or ‘photogenic drawing’.  Here is included Taylor’s experiments in photography, related publications, copies of his On the Art of Photogenic Drawing, as well as images taken by and of Taylor and his family.

Lastly, there is a large selection of personal items and ephemera relating to Taylor and his extended family.  This is primarily correspondence, portraits, journals, and antiquarian volumes from the family library.

Unavoidably, there will be some overlap between sections, for example personal letters which mention professional cases and so forth.  Again, we beg your indulgence, and hope that you will find the whole collection as interesting to read about as we have found cataloguing it.

Helen Barrell, author of Fatal Evidence: Professor Alfred Swaine Taylor and The Dawn of Forensic Science has been kind enough to write a preface for the catalogue, which can be read here.  We are also looking forward to welcoming Helen for a talk here at the Auction Centre regarding Professor Taylor on 3rd October, further details here. 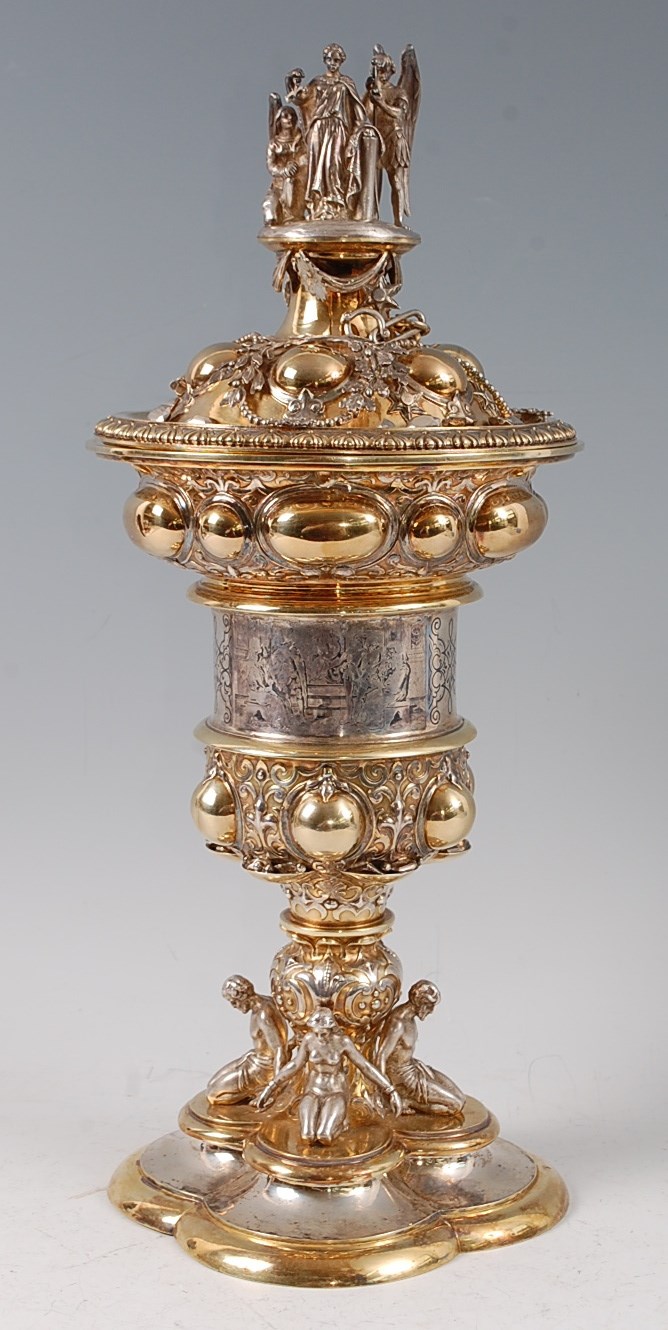 Professor Alfred Swaine Taylor (1806-1880) is chiefly remembered as a medical jurist who held the professorship post of medical jurisprudence at Guy’s Hospital from 1831 until 1877.  He published works on forensic medicine, with particular focus on poisons, and was much in demand as a witness in criminal investigations; including the 1856 case of William Palmer (the Rugeley poisoner).  His association with Guy’s & St Thomas’s began while he studied there under Drs Arthur Aikin and Astley Cooper amongst others (letters from both of those men are present in this sale).  Taylor then travelled around the medical schools of Europe and was performing surgery in Paris during the 1830 revolution; journals, letters and other ephemera from that time are included here.  His professional career really took off in the 1830s. Guy’s appointed him as lecturer in Medical Jurisprudence in 1831, and joint lecturer (with Arthur Aikin) of Chemistry in 1832. Now a Professor, albeit a young one in a relatively new field, Taylor started to be consulted in newsworthy cases across the country. His first such case as an expert witness was the 1833 inquest of Eliza Edwards, who was found to have been ‘concealing her sex’ for several years.  The following year Taylor married Caroline Cancellor, the daughter of a stockbroker, and as demonstrated by the correspondence included in this sale, the marriage was one of intellectual equals as well as a love match.  Taylor’s professional prestige was secured when he published volume one of Elements of Medical Jurisprudence in 1836, followed by his comprehensive A Manual of Medical Jurisprudence in 1844.  This book became the essential reference with regards to the legal framework of practising medicine for many years.  The mid-19th century saw Taylor at the height of his career; he became a licentiate of the Royal College of Physicians in 1849, was awarded the Swiney Prize for his publications on Medical Jurisprudence in 1859 (only the third person to win the prize, also in this auction) and published many more books and reports including On Chemistry jointly with Professor William Brande.

During this time, Taylor (a keen artist as well as a scientist) was very taken with the new art/science of ‘photogenic drawing’ being pioneered by William Henry Fox Talbot in 1839.  Taylor began his own experiments and hit upon the use of hyposulphate of lime as a ‘fixer’, and recommended ammonia nitrate of silver rather than chloride of silver as a sensitiser.   He published his findings in 1840 in a pamphlet ‘On the Art of Photogenic Drawing’ (Taylor’s own copy is included in this sale).   Taylor was happy to share his interest and discoveries with others, including chemist Michael Faraday, and photographer John Werge.  Werge later wrote about his connection with Taylor in ‘The Evolution of Photography’ (published 1890) and donated his own collection, including a portrait of Taylor, to the photographic exhibition at the South Kensington Museum (now the Victoria & Albert Museum).  Many items relating to this interest are amongst the lots in this sale, including early experimental images and letters to Taylor from others dabbling in the field. 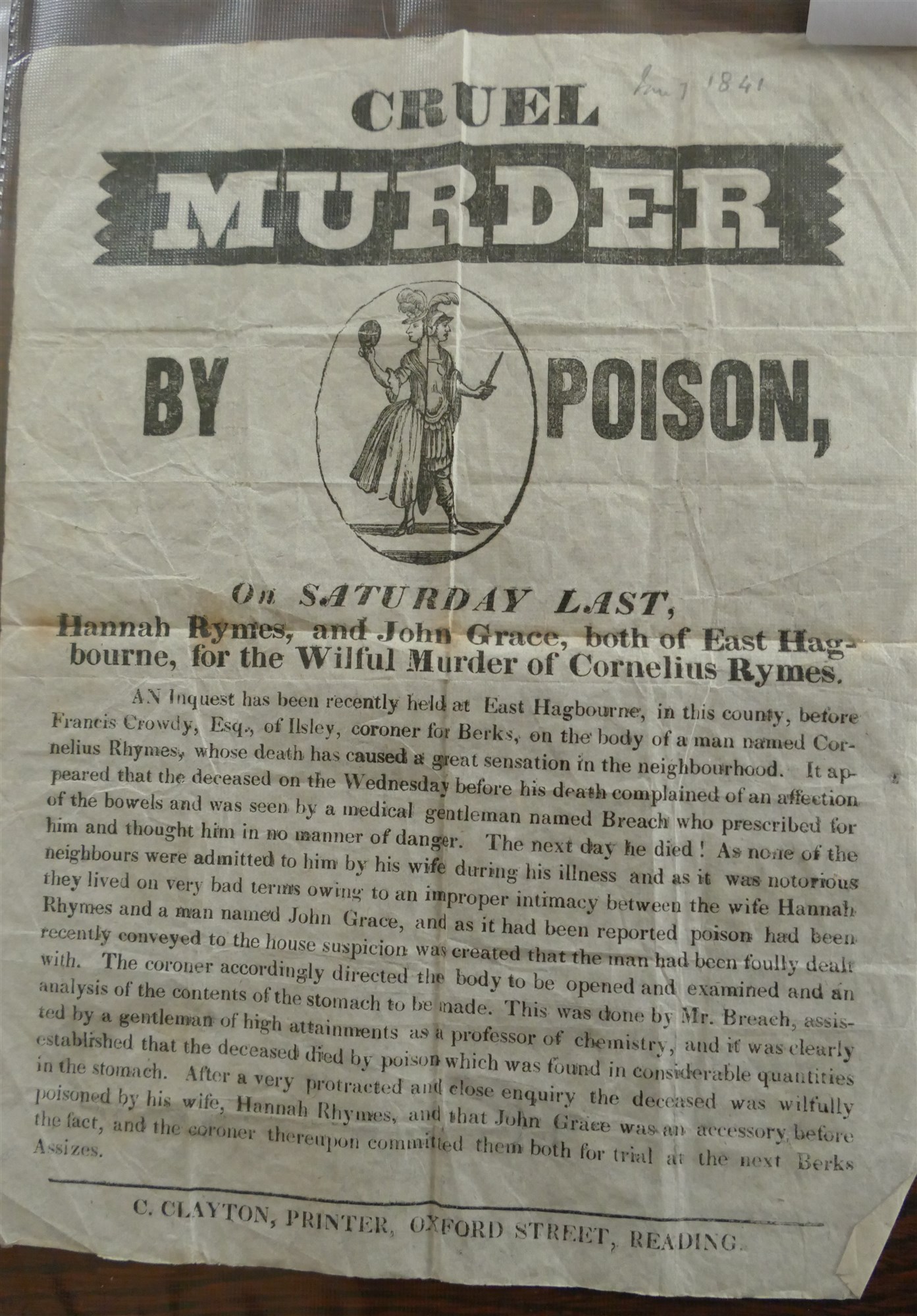 The general public mostly knew of Taylor from his association with lurid criminal cases, in particular the seemingly insatiable Victorian passion for poisoning.  He was involved with many infamous cases including the arsenic poisoning of Cornelius Rhymes (a broadsheet regarding the case is included in this sale), the case against John Tawell who was the first person to be apprehended by the use of telecommunications, the murder of ‘sweet’ Fanny Adams, the Tendring poisoning case, the Waterloo Bridge Mystery of the dismembered body in a carpet bag, and the first railway murder where Taylor was asked to identify blood on a fragment of clothing, as well as many others.  His work on poisons also led Taylor to draw attention to the dangers of arsenic then being used in wallpaper decoration (some samples of tested wallpaper are amongst these lots), as well as the easy availability of poisons and the prevalence of adulterated food.  As a kind of cause célèbre for investigating murder, he was sought out by and inspired many Victorian authors, including Wilkie Collins, Sir Arthur Conan Doyle, and Charles Dickens (to whom he gave a tour of his laboratory).

On the homefront, Alfred and Caroline’s only daughter, Edith, married Frederick Methold of Thorne Court in 1865.  Five years later, he retired from lecturing at Guy’s Hospital but was still consulted for various cases including that of Frederick Park and Ernest Boulton, aka ‘Fanny & Stella’. Further excitement was elicited in 1874 when the Taylor’s home in Regents Park was damaged in the Grand Junction Canal gunpowder explosion and Taylor took part in the committee investigating the case. Caroline died in 1876 after 42 years of seemingly happy marriage and was interred at Highgate Cemetery. Taylor retired as Professor of Medical Jurisprudence in 1878, and died just two years later at his London home in 1880.

The auction will take place on Friday 5th October at 12pm and fully illustrated catalogue can be found here.

We will be open for viewing Wednesday 3rd 12-5pm, Thursday 4th 10am-5pm and the morning of the sale from 9am.

Please do not hesitate to get in touch if you require further images or information.  The sale is entirely without reserves and we have not set estimates as we do not think it is realistically possible to do so on such a unique collection.

Helen Barrell, author of Fatal Evidence: Professor Alfred Swaine Taylor and The Dawn of Forensic Science has been kind enough to write a preface for the catalogue, which can be read here.    We will be hosting a talk by author Helen Barrell on Wednesday 3rd October, further details here.