Roll Up, Roll Up!

The Circus Sale is coming to town

Many of us have some memory of the circus; whether it’s the excitement of watching the decorated vans pull up and erecting the Big-Top on a local common, the childhood dream of running away to join the circus, or the thrill of entering the sawdust-smelling ring and watching the amazing physical feats of the performers.  The focus has changed over the years; clowns are now synonymous with horror films rather than custard pies, concerns over animal welfare have led to the removal of many traditional animal acts, and new media enhanced narratives have become hugely popular.  However, there is something timelessly appealing about ‘the circus’, which our thrill-seeking inner child will always love.

The founder of the modern circus as we know it was cavalry officer Philip Astley (1742-1814), a talented equestrian and showman. On his discharge from the army, Astley bought a piece of land in South London between Blackfriars and Westminster bridges, on which he opened a riding school and began performing horse-riding tricks for the public.  His first recorded show was held on Easter Monday 4th April 1768. The following year, Astley established ‘Astley’s Amphitheatre’, a circular structure on the south side of Westminster Bridge, and considered to be the first circus ring (image c.1808).  As time went on, other acts were added to the repertoire including acrobats, clowns and an accompanying band.

Inevitably, with Astley’s success came rivalry.  Within a few years, Charles Hughes, a former equestrian performer of Astley’s, had opened his own very similar outfit, and later teamed up with singer-songwriter Charles Dibdin to create The Royal Circus (and establish the title ‘circus’ in this context).  By the start of the 19th century, circuses were flourishing across Europe and America. Canvas big-tops replaced permanent structures and the circus took to the road.

The mid-Victorian era saw the real heyday for the circus, when performers became household names and some of the larger companies (several of which are still going today) were formed.  Notable acts of this period were Charles Blondin who first crossed the Niagara Falls on a tightrope in 1859, and trapeze pioneer Jules Léotard of gym-wear fame who inspired the 1867 song "The Daring Young Man on the Flying Trapeze".  Female performers were also feted; Rossa Matilda Richter (stage name Zazel) became the first human cannonball in 1877, while tightrope walker Madame Saqui was something of a celebrity who was even mentioned in Thackeray’s 1848 novel Vanity Fair.  At this stage, the typical line-up became the formula with which we are most familiar with today; clowns, trapeze artists, tight-rope walkers, lion-tamers, performing animals, strongmen and tumblers – all directed by the ringmaster dressed in his 18th century gentleman rider’s habit.

In recent times, circuses have developed into theatrical events with an emphasis on dance and acrobatics accompanied by light shows and specially written musical scores.  However, the main focus is still the gasp-inducing exploits of the performers and their amazing physical feats.  It is an art form which continues to evolve, yet retains links with its illustrious 250-year-old history.

The auction includes a large collection of circus posters from the 1920s onwards, which clearly show the diversity and changing nature of circus acts over the years.  Big names are present such as Chipperfields, Bertram Mills, Gerry Cottle and the state circuses of Moscow and China, as well as lesser-known outfits and unusual shows such as the Circus of Horrors.  Elsewhere in the sale are beautiful carousel 'dobby' horses by Lines Brothers, original artworks and ceramic figurines of performers including Joseph Grimaldi - the most popular dancer and comedian of the Regency era who pioneered the clown look and catchphrases which we all love (or are terrified of) today. 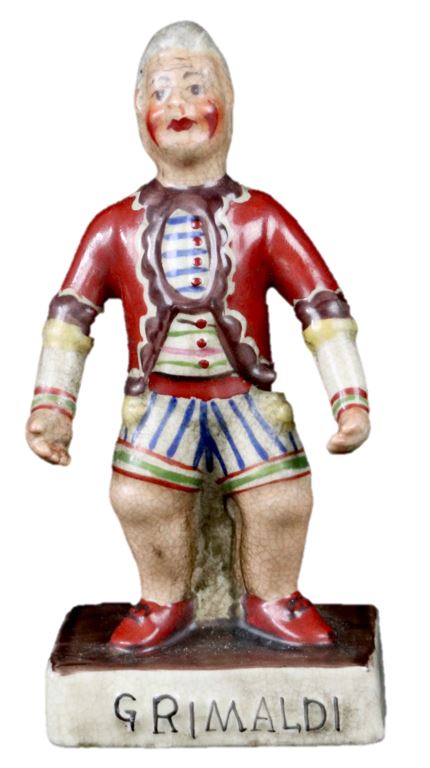 The old-style circus is now a growing subject of historical enquiry, and the items associated with it form part of many museum and library collections.  These pieces are also an increasingly popular area for collectors; of course, it helps that circus posters are so eye-catching, and their retro design and intriguing performer names and skills are an inevitable talking point.  For example, a playbill advertising an 1843 show for the ‘Benefit of Mr Kite’ performed by Pablo Fanque’s circus was bought by, and inspired, a certain John Lennon in the mid-1960s (Pablo Fanque was Britain’s first recorded black circus owner and travelled widely across the UK).  As circuses continue to change the once ubiquitous props are now an anachronistic curiosity, while the associated ephemera is now a nostalgic reminder rather than an everyday item.

We are pleased to be able to offer this fabulous selection of circus related effects at auction, as we believe this to be a field which celebrates a diverse cultural art form and will be an important collecting area in the future.

The auction will place on 4th October, with viewing on Thursday 3rd 10am - 4pm. 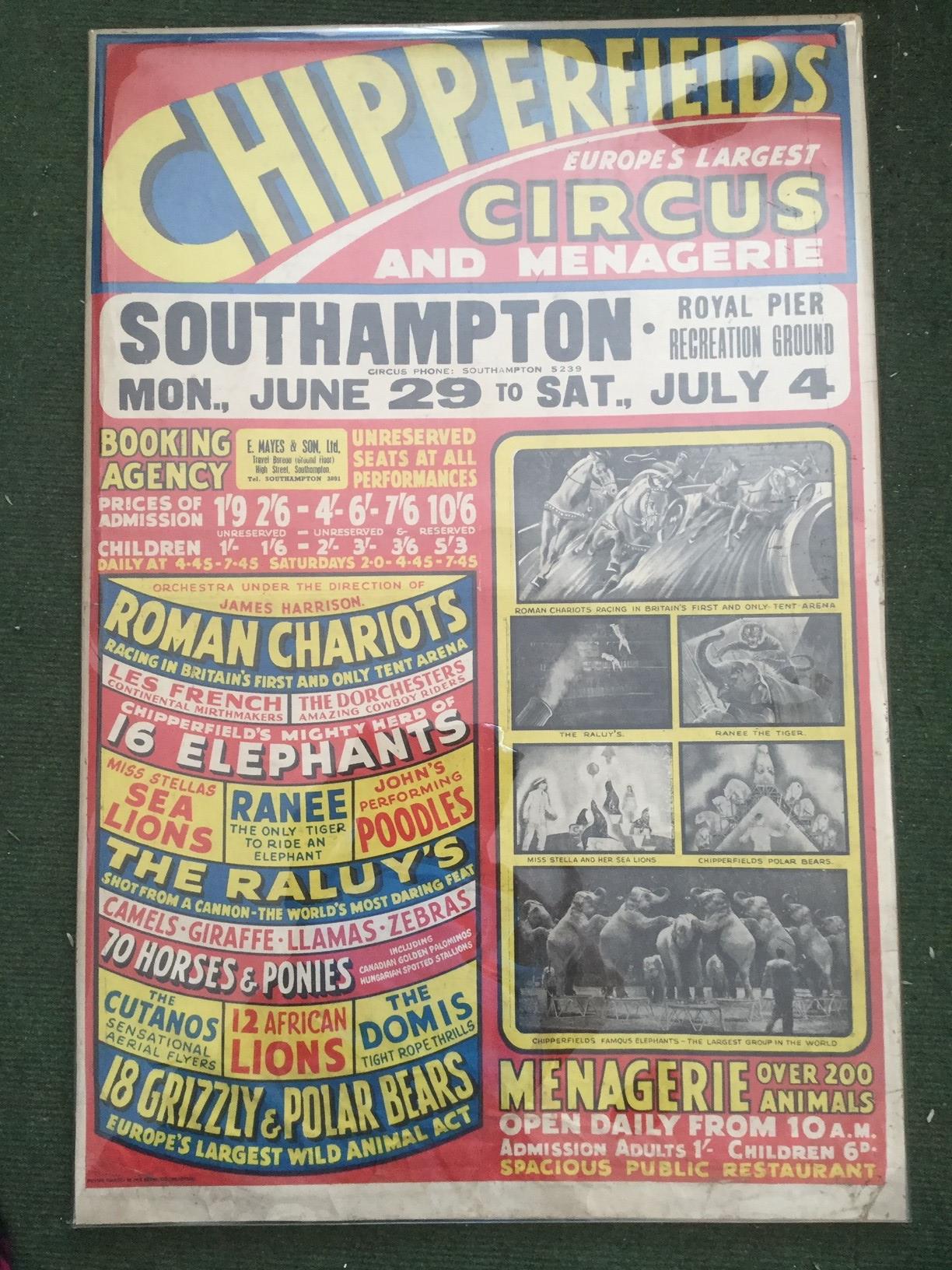 Two vintage circus posters included in the sale; Bertram Mills from 1956 and Chipperfields from 1953, both estimate £200-300.