More stick-pins than you can shake a stick at

Our 4th June Jewellery & Watches auction includes a single-owner collection of approx. 400 stick-pins ranging from the late Georgian era to the early 20th century. This wide-ranging selection was assembled over a lifetime of collecting by a late relative of the vendor, and includes gem-set and cameo examples, mourning & memorial pins, insect motifs, hunting interest, yacht club burgees and reverse painted intaglios, amongst many others.

Despite their rather mundane function as a means of securing neckwear, stick-pins (or tie-pins) soon became decorative sartorial features which the wearer would use to display their wealth, popular motifs or to illustrate their personal interests and affiliations.

Of particular poignancy amongst this collection are the mourning and memorial pins, many of which include inset hairwork and are engraved in memory of deceased loved ones.  Remembering that the Victorian period was a time of such high infant mortality rates, a tragic engraving reads 'Alice, ob. 6th Aug, 1850, at 21 months'.

An especially popular theme is hunting related pins, and this collection includes horse, fox and dog decorated examples.  It is lovely to think that one reverse-painted intaglio of a Yorkshire terrier set with turquoise cabochons may depict the original owners’ favourite dog.

By the 1920s, other forms of fastenings became available, particularly the tie-clip, and the tie-pin largely fell out of fashion.  Although they are still considered an essential part of many male wedding outfits and at formal occasions, and have recently been rumoured to be making a comeback…

The full catalogue can be viewed here. 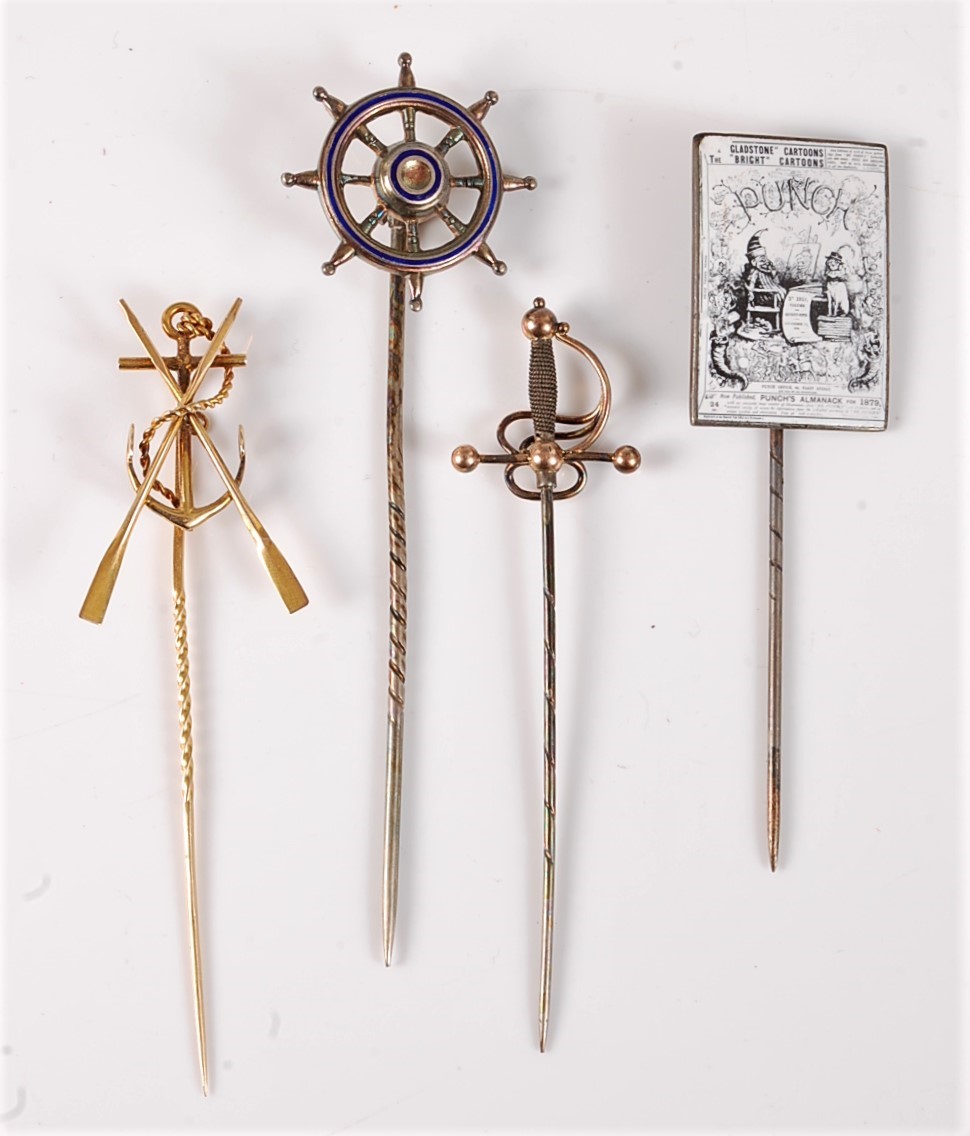 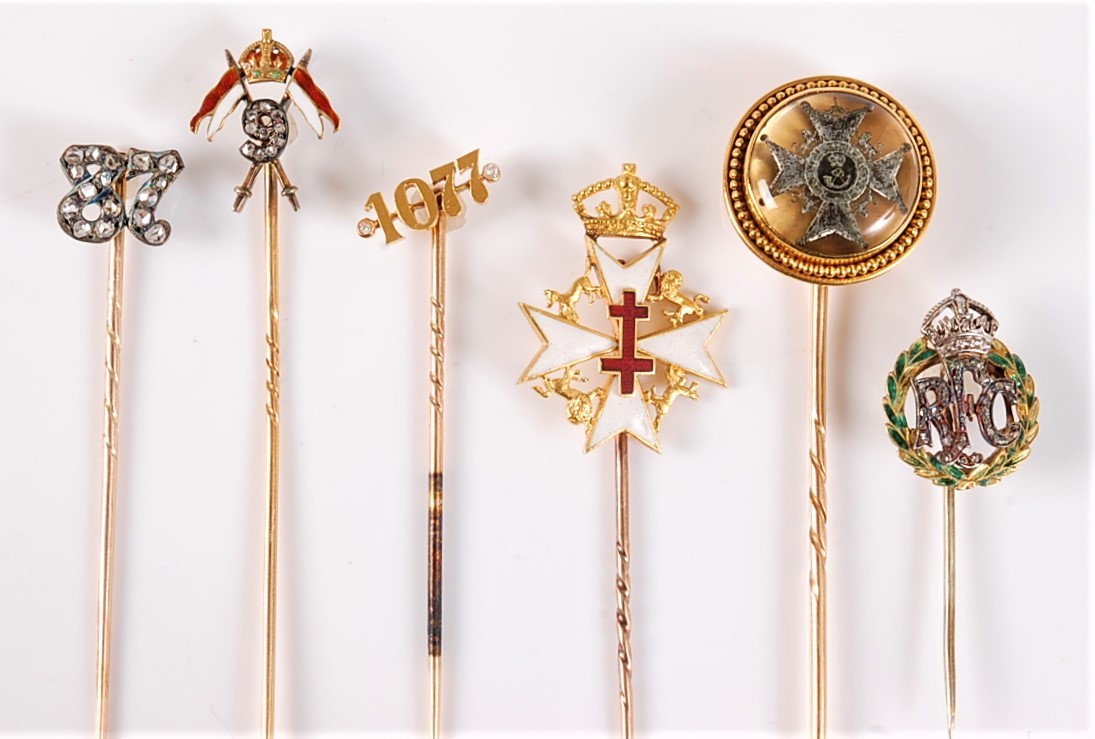