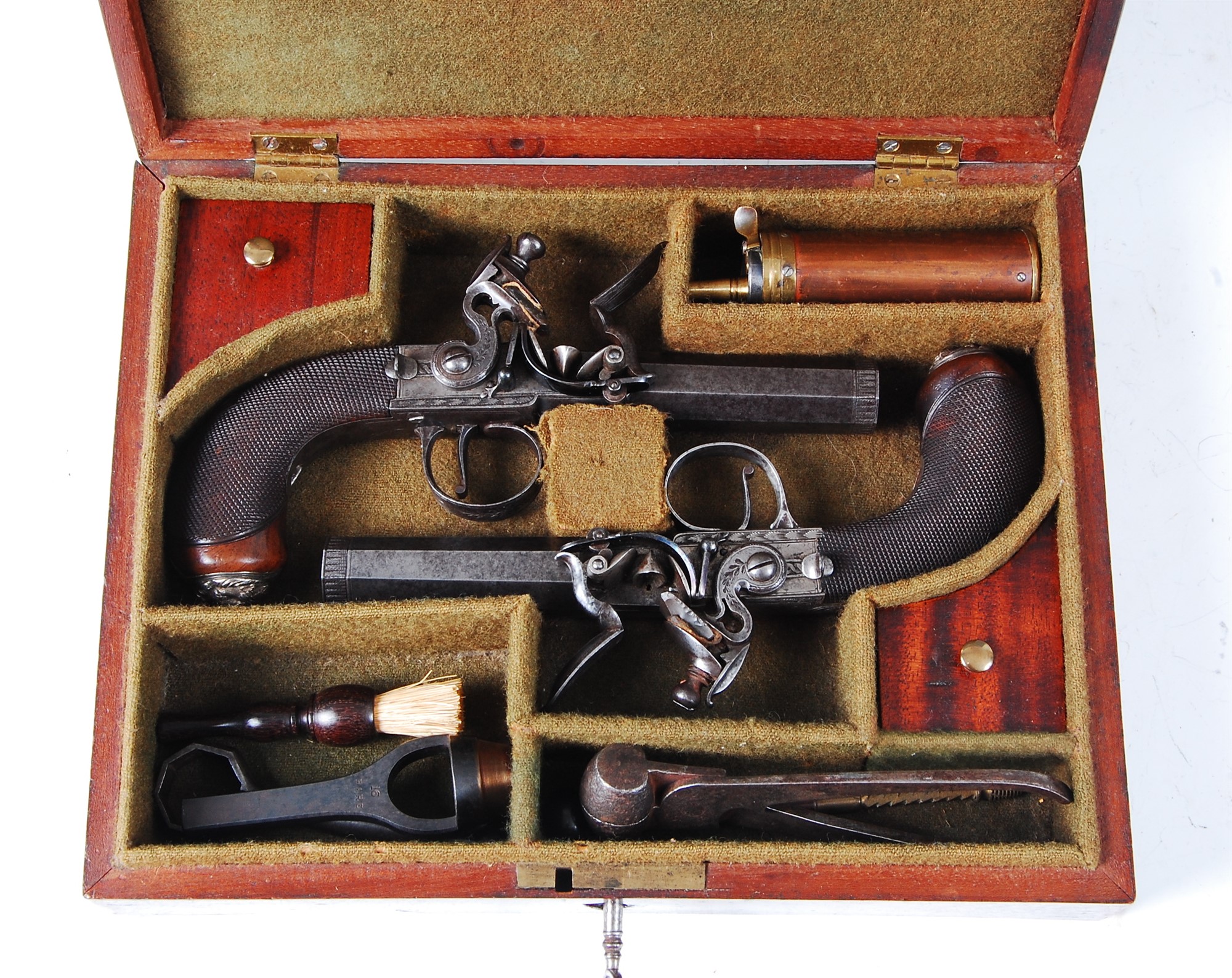 The partnership of Birmingham gun makers (John) Mabson & (James Augustus) Labron was born out of an earlier company which also included John Dunderdale and was registered at 25 Russell Street, Birmingham.  This appears to be a family firm as the same three surnames crop up in the family tree; with James Augustus Labron, son of James Labron and Mary Dunderdale, marrying Elizabeth Mabson in 1812.  Deeds held by Birmingham Archive show that the three men formed a co-partnership in 1808, which was dissolved on Dunderdale's death in 1822, with Mabson & Labron continuing the business until a William Mabson made another third.  The company of this second trio was dissolved in 1834, therefore it is probable that these guns date from the 1820s, prior to William Mabson joining.  It is unlikely that these pistols are post 1834, as the flintlock pistol was mostly superseded by the percussion cap by that time.

Birmingham in the late 18th & early 19th century was known as the 'Toyshop of Europe' ('toys' referring to metalwork trinkets such as snuff-boxes, shoe buckles, corkscrews and the like, as opposed to children's playthings), and Dunderdale & Mabson had previously been in business with a James Humphreys as 'gilt toy makers' until the dissolution of this company in 1806.  They took their metalwork expertise into gun making and established Dunderdale, Mabson & Labron in 1807, registering the deed the following year.

It was a shrewd move.  The Napoleonic Wars were raging at the time and required a monumental scale of gun production; with almost two million muskets, rifles, carbines, and pistols being manufactured for the Government alone between 1804 and 1817.   Approximately two-thirds of this production was carried out in Birmingham, where a thriving gun quarter encompassed hundreds of manufacturers - 125 in 1815 rapidly rising to 455 by 1829.   The Birmingham Gun Barrel Proof House was built in 1813 and was managed by a consortium of gun traders who ensured the safety of their wares; the only other proof house in England at the time was in London, demonstrating the importance and prosperity of the town's industry.   The Birmingham Proof House is still in operation today. 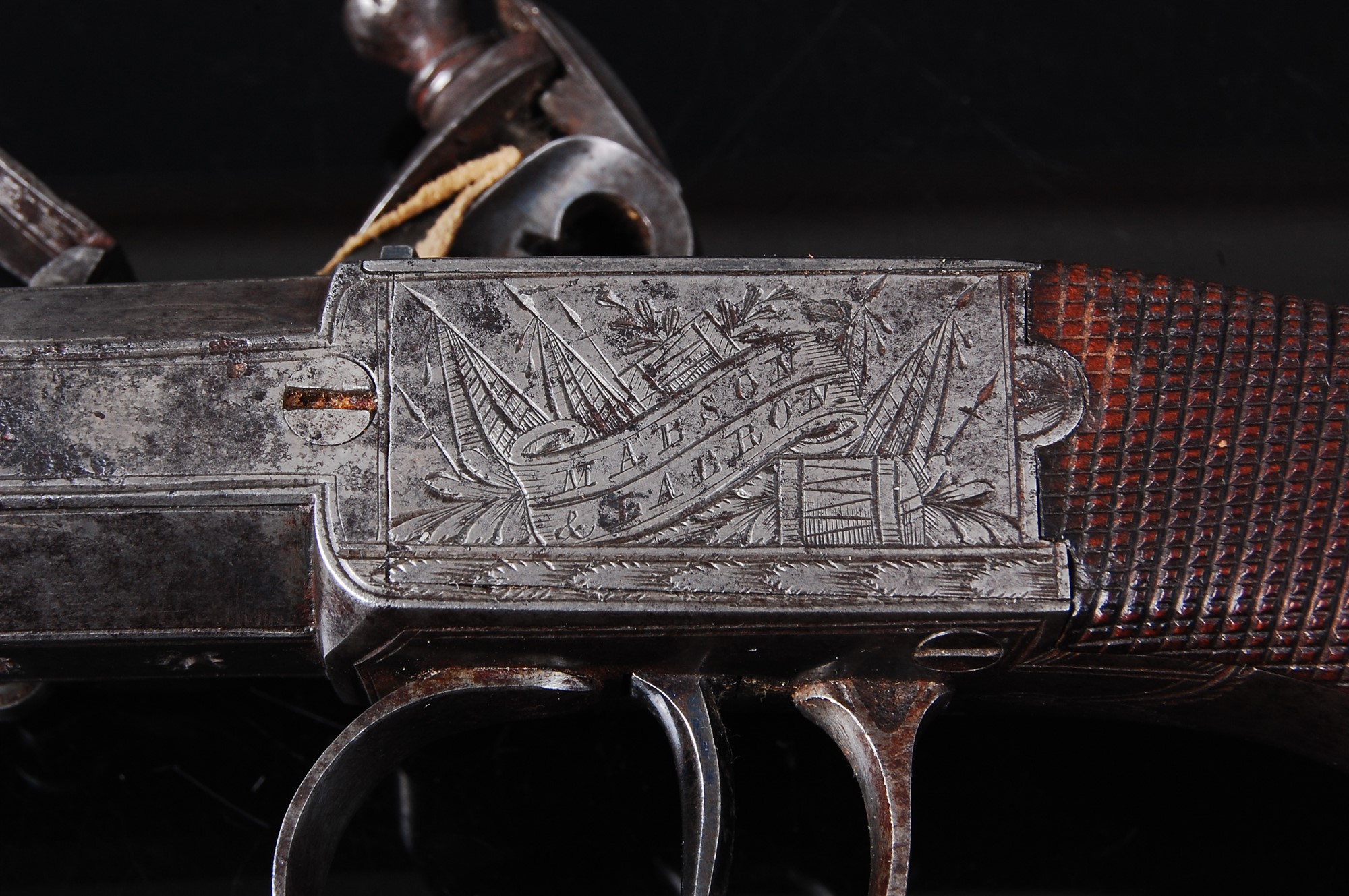 These pistols would have been manufactured for personal use, and probably self-defence against highwaymen and footpads while travelling.  They demonstrate a high level of craftmanship and are beautifully decorated, and a cased pair such as this with all the accessories would have been an extremely expensive investment for a gentleman. 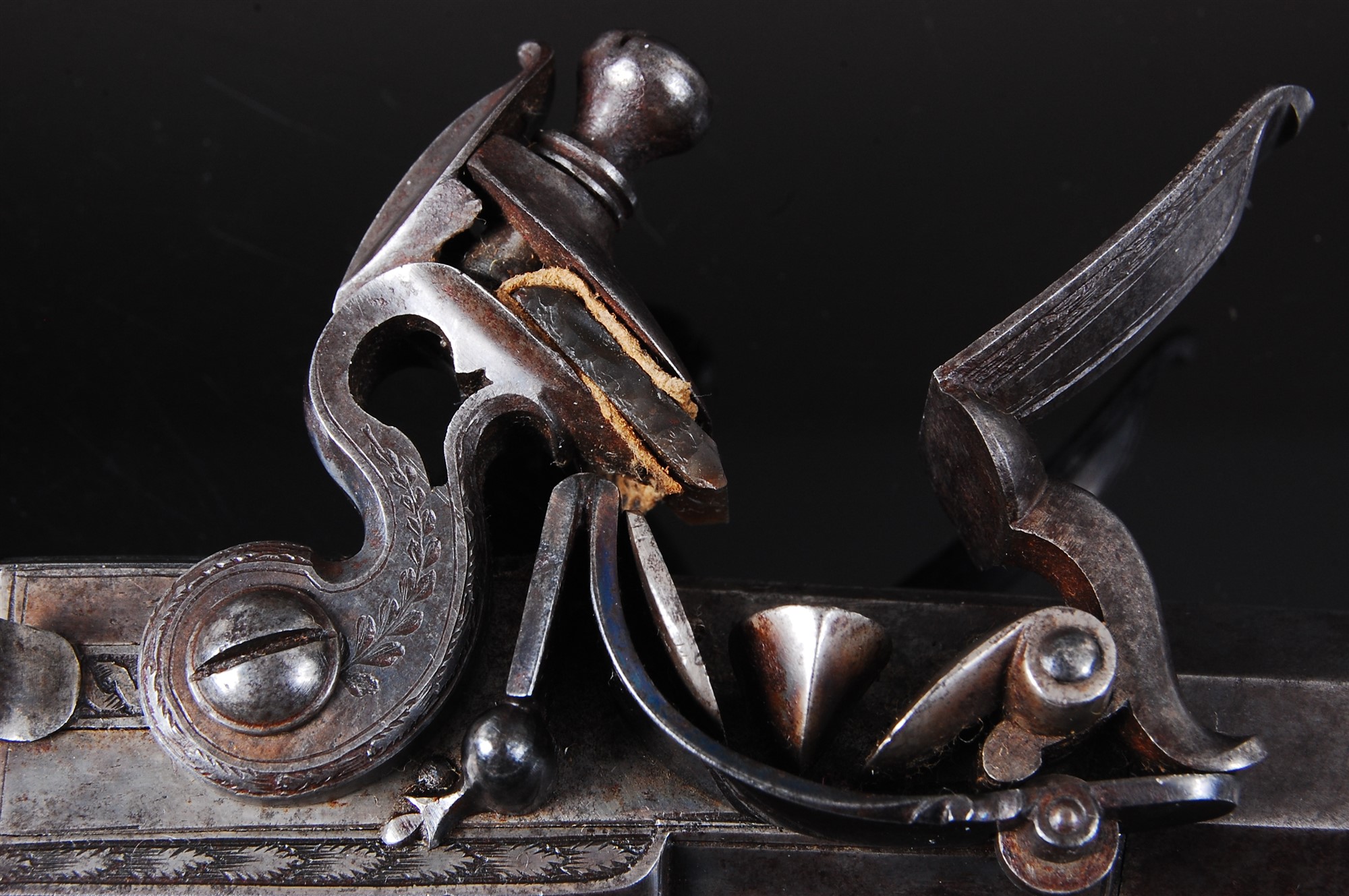 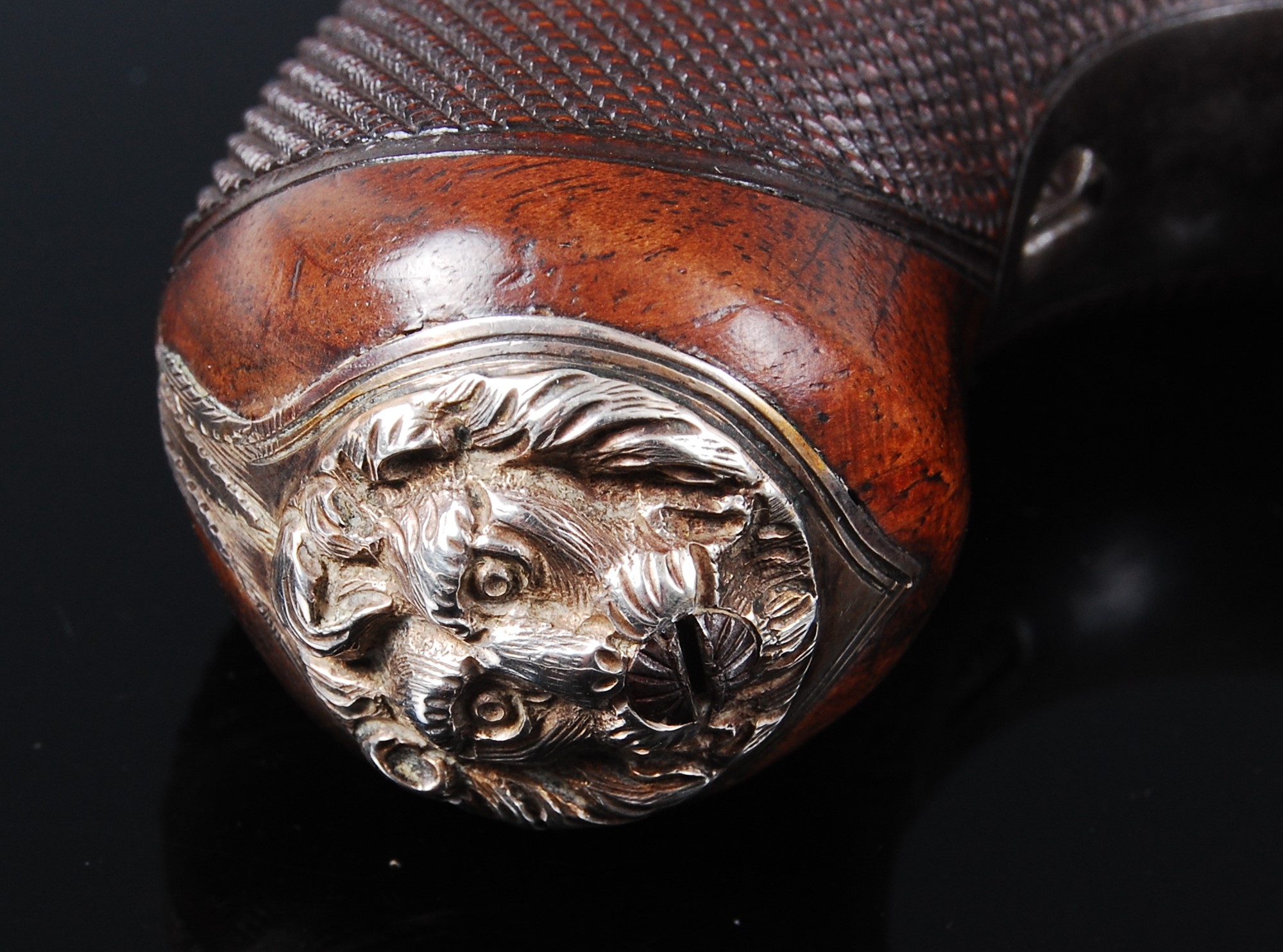