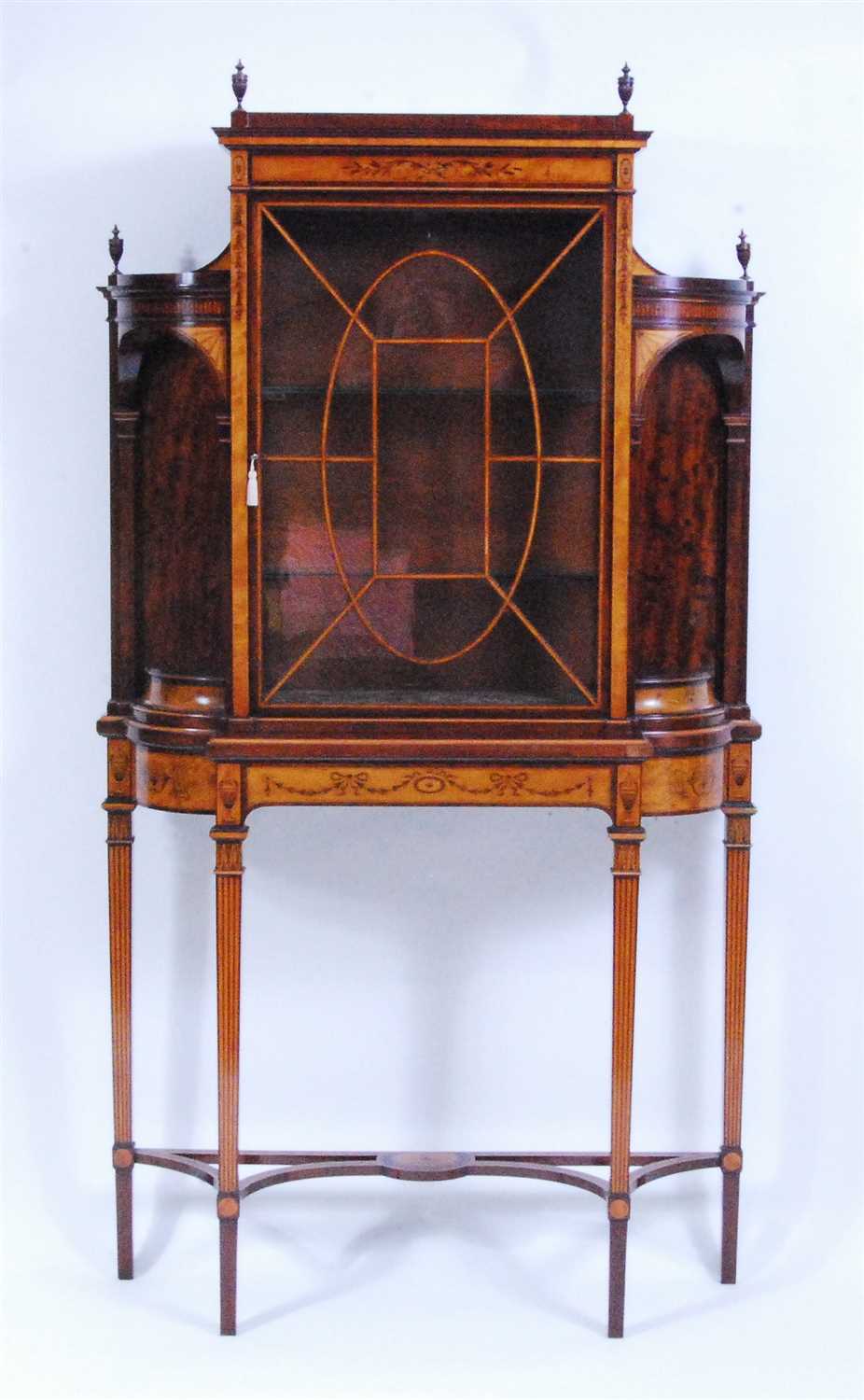 Although the partnership between London cabinetmakers Alfred Thomas Wright and Thomas Needham Mansfield only lasted in business between 1860 and 1886, they are often credited with leading the late Victorian revival in Georgian furniture, particularly using designs by the makers Chippendale, Heppelwhite and Sheraton. First established at 3 Great Portland Street, their atelier was open for business at 104 New Bond Street by 1870 and stayed there until the partnership's dissolution.

They rose to prominence by creating astounding pieces for international exhibitions; winning medals at the 1862 London International Exhibition (on what is now the site of the Natural History Museum), a gold at the 1867 Paris Universelle Exposition (the only time an English cabinetmaker was awarded the prize and presented it by Emperor Napoleon III himself), and the 1876 Philadelphia Centennial Exhibition. The remarkable Wedgwood mounted cabinet which won the gold in Paris was bought by the Victoria & Albert Museum for the princely sum of £800, and remains in their collection to this day.

In the early 1880s, the firm were commissioned by the 7th Earl & Countess of Aberdeen to decorate and furnish a suite of rooms at Haddo House, which can still be seen today. However, despite the prestige gained by their exquisite workmanship and numerous awards, the partnership was dissolved shortly after completing the Haddo House commission in 1884. It is thought that Wright's ill health was a contributing factor, but it may also be that financial issues were a concern. The company had bought original pieces on which to base their designs (including items from Nell Gwynne’s house amongst others), and the time and materials necessary for such wonderful items were also a huge investment. The residual stock of the company was sold over two auctions in 1886 and 1887 by Philips Son & Neale, and original pieces rarely now come to market.