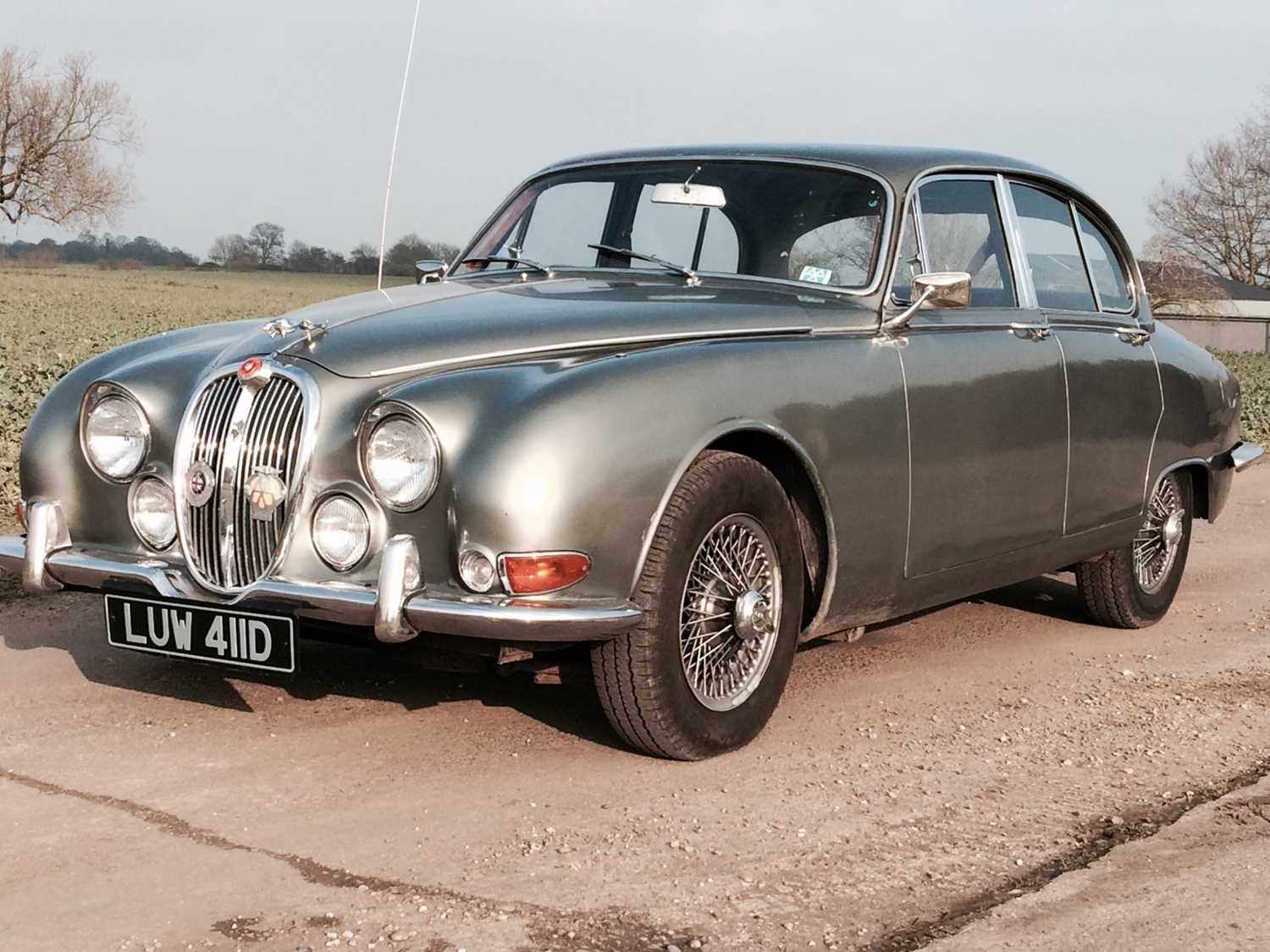 The Jaguar S-type was introduced in 1963 and was an updated version of the MKII Jaguar saloon utilising the central section of the body with new front and rear styling. The front incorporated a four lamp layout, the lower two are in board close to the central grille. The rear wings were extended in a similar style to the MK10 Jaguar. Importantly, the new floor pan layout provided for independent rear suspension which superseded the leaf sprung of the MKII.

The S-type was produced from September 1963 through to July 1968 and was replaced by the short lived 420 before the introduction of the all new XJ6.

This particular car was first registered on the 27th July 1966, fitted with desirable manual gearbox plus optional overdrive and power steering and painted wire wheels. The car has also been retrofitted with central locking.

It appears to have had bodywork restoration in 2004, there are invoices for parts and services in the history file. The current owner has owned this vehicle for 10 years, minimal mileage has been accrued during this time as can be seen from the DVLA on line MOT history which run till April 2018, a total mileage increase of only 8,000 miles to date. This sale comes as a result of the owners health.

The car appears to be in good mechanical condition, it would however benefit from some cosmetic attention. The car comes with a folder of invoices dating back to 1997, the original steering wheel is also with car should originality be required.


Runs well and was driven in.

Fuel dirty as it has stood for a year and is spluttering at present.