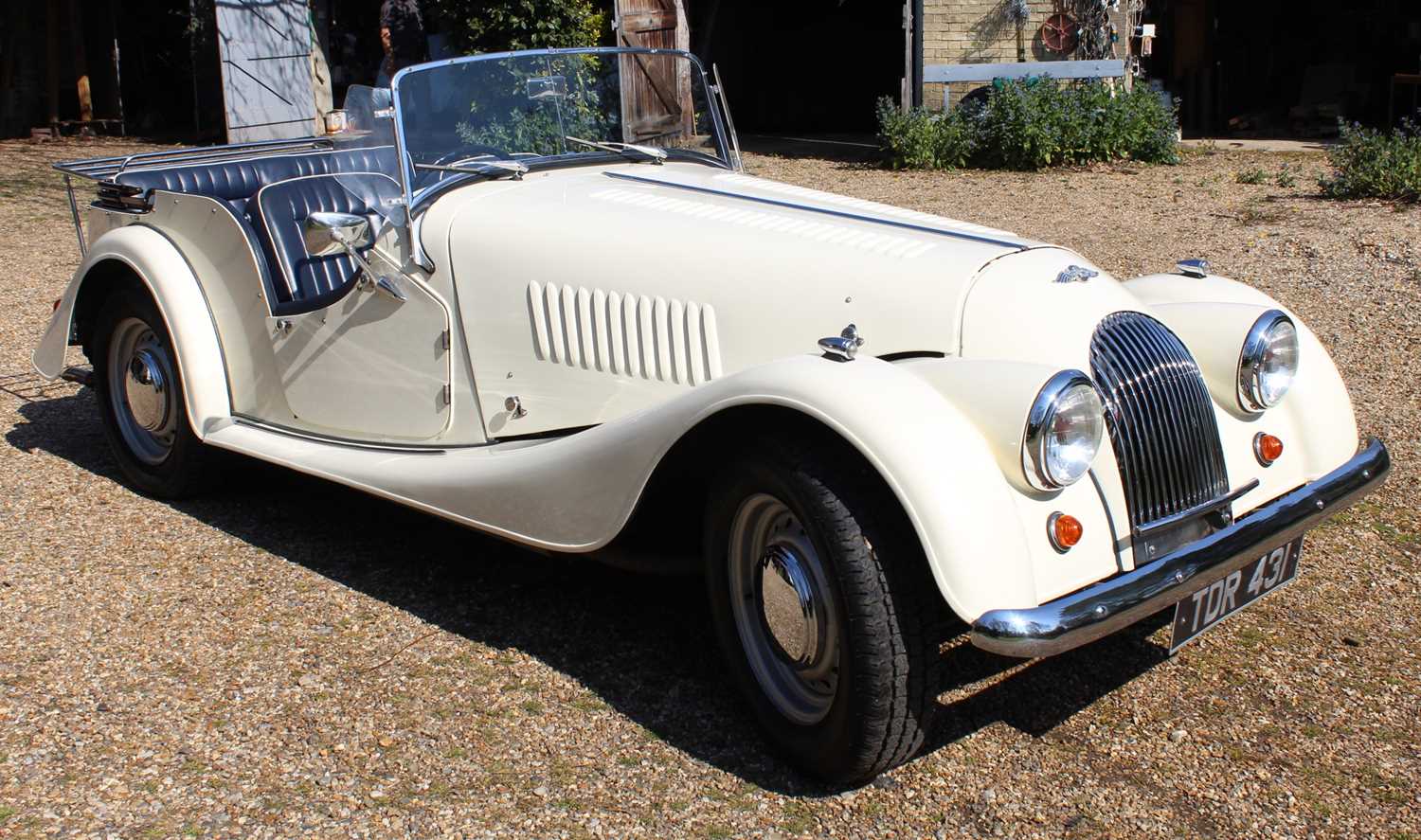 First seen in 1950, the Morgan Plus 4 was a larger and more powerful derivative of the company's 4/4 and has remained in production on and off until 2020 when it was replaced by an all new bonded aluminium platform. Up until 1969, it was powered by the four-cylinder engines found in the Standard/Triumph range.

This Morgan Plus 4 four seater is powered by the 1991cc Triumph TR3 engine fitted with twin SU H6 carburettors and is mated to a four speed gearbox. Front disc brakes fitted. There is comprehensive documentation revealing much of the vehicles history.

First registered in Plymouth on the 7th June 1960 the car was ordered in Green with a black interior. At some time during its first decade the car was painted yellow. History records ownership changes through to 1989 when the then owners embarked upon a major restoration using a new body and chassis, a change of colour to its present form.

More recently in 1996 the cars next owner fully rebuilt the engine including the fitting of hardened valve seats and an improved Kent camshaft.

Another new owner in the early 2000’s fitted telescopic rear dampers and a Kenlowe cooling fan.

The body is of the “highline” configuration with the high cowl. The car comes with a full set of side screens, a tonneau cover, owners instruction book and much history.