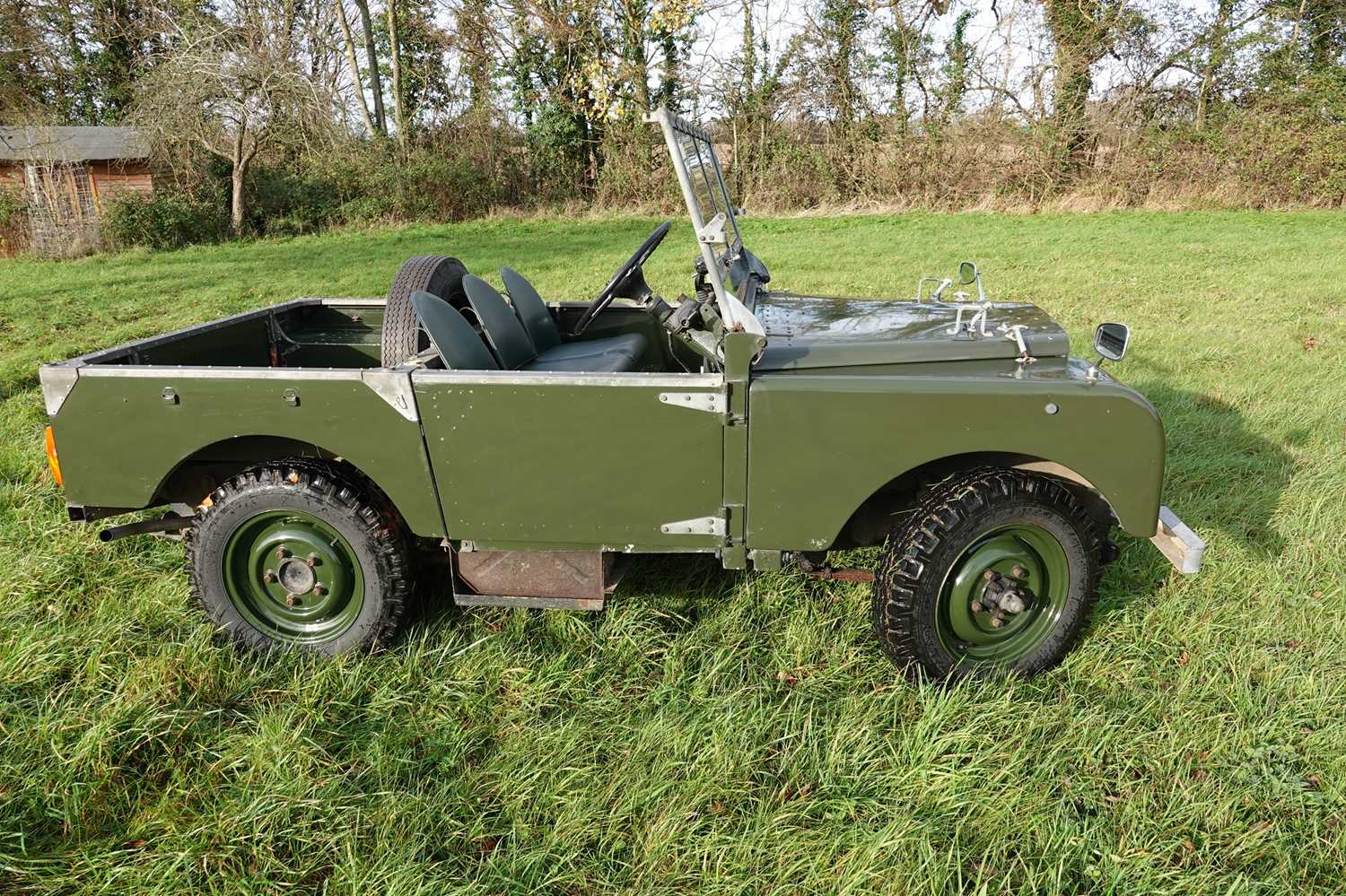 This Series 1, 80" left the factory in June 1949. It is in exceptional and original condition throughout with factory original gaps and no major flaws visible. No filler is evident and the panels are remarkable for a Land Rover of this age. Inner wings, engine compartment etc., are all in good order and the rear floor is straight suggesting the vehicle had only ever had light use in its 72 years.

Lights are of the correct original early Lucas type and in good order. Vintage Cibie dipping spotlights were fitted at a later date. The wire hinged door tops are in exceptional condition as are the hood and framework. Lightly used Avon Traction tyres fitted.

The Land Rover is also highly desirable in that it retains its original "matching numbers" engine and running gear. The 1595cc engine runs beautifully suggesting that the low recorded mileage of 37680 is pretty much correct.

Our vendor is the fourth owner and has owned the vehicle for nine years. Having researched the history of this Series 1 with the two previous owners, the original owner who had it for 26 years in Sussex did an estimated 32000 miles. The second owner, an enthusiast, resprayed the Land Rover probably around 1978. That owner, lived for many years on the Isle of Mull and used the vehicle rarely on an Isle where big road trips don't happen! The only existing MOT shows mileage at 36990 on 17.12.2003. Usage with this second owner plus the third owner in Suffolk and the vendor are estimated at only 5000-6000 miles. The last three owners ensured the vehicle was stored under cover. Our opinion is that the current mileage is likely to be correct underlining the uniqueness of this Series 1.

The chassis number R8666588 places this as one of the first ever deep bronze green Land Rovers and the lights behind the grille and ring-pull gearbox highlight this as an early vehicle.


Bulkhead in good condition with no apparent repairs.

Has been re-sprayed at some point.