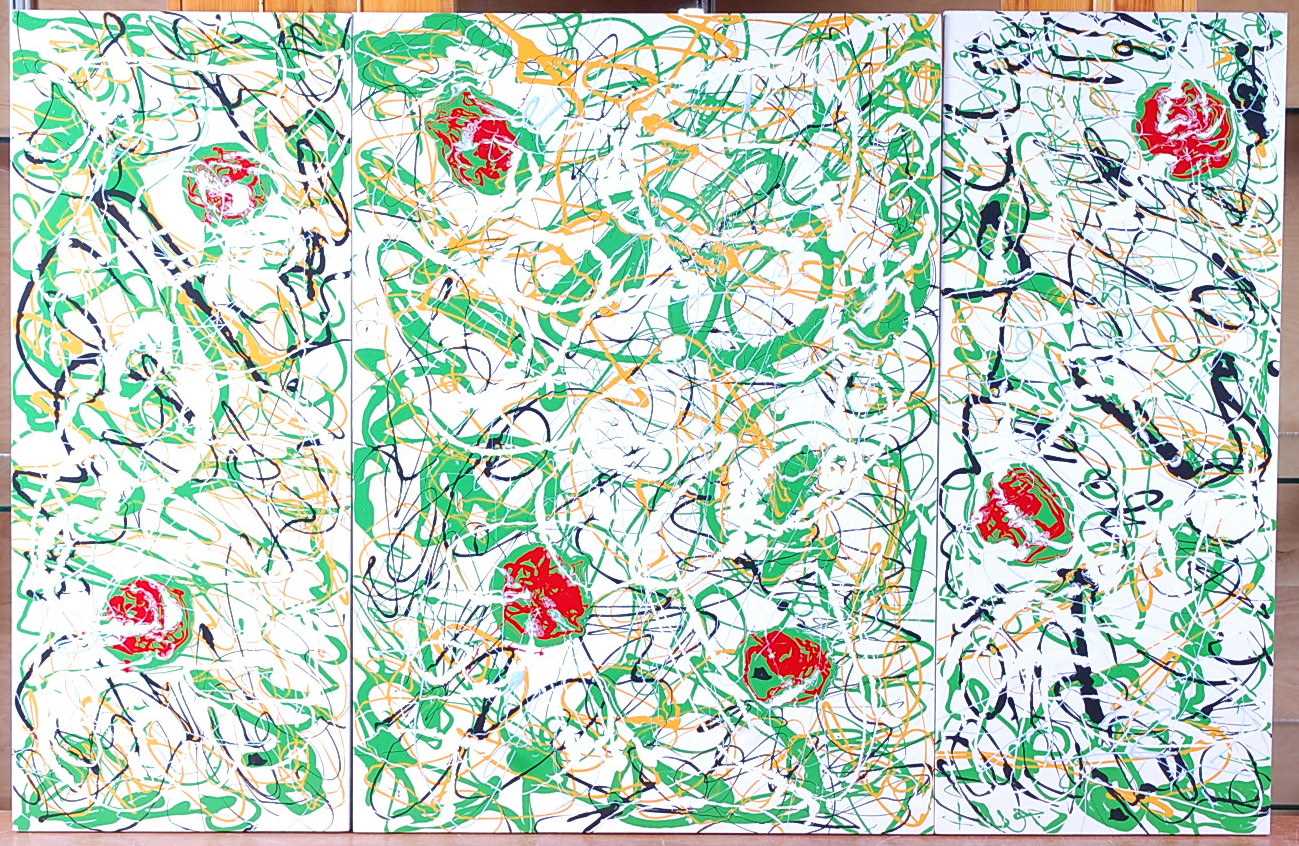 Note: 100% of the hammer price will be donated to the charity.

The Zoological Society of East Anglia, the charity which runs Banham Zoo in Norfolk and Africa Alive! in Suffolk, is putting up for auction the artwork donated to them by the elusive Suffolk artist, ‘The Hat’.

‘Anxiety’, an exclusive and stunning triptych painting by the artist, otherwise known as the ‘Suffolk Banksy’ was left at the gates of Banham Zoo under the cover of darkness while the zoo was closed to the public during lockdown one. It is widely speculated that the artist behind the anonymous moniker is global superstar, Ed Sheeran, although this claim is refuted by his team.

Claudia Roberts, Managing Director, said: “Thank you to ‘The Hat’ for such a kind and generous gesture during our time of need. ‘Anxiety’ is a magnificent painting that would make a beautiful addition to any home or private collection – its name is also quite apt given our charity’s circumstances over the last eight months. Part of the charity’s ethos is to provide opportunities to increase social wellbeing through the proven connection between wellbeing, animals and nature”.

The Zoological Society of East Anglia (ZSEA) set up a new fundraising campaign when the pandemic first struck, ‘Wild About Survival’, to help Banham Zoo and Africa Alive! survive the difficult time ahead. The charity is now putting this painting up for auction with all proceeds from the sale of the painting going into this campaign.

Claudia Roberts commented: “Paintings by ‘The Hat’ are currently selling well and some are even being sold for up to £4,000. We have been undecided whether to auction off the painting or keep it for our guests at the zoo to enjoy. By putting it up for auction it means that a lucky member of the public can enjoy it from the comfort of their own home and we also get to raise vital funds”.

The Zoological Society of East Anglia (ZSEA) were forced to close both of their zoos in March due to the coronavirus pandemic. During this time, they lost almost £2 million in visitor income. Although the zoos reopened, the implementation of social distancing measures and limited visitor numbers, in addition to the most recent closure due to lockdown two, the charity is still forecasting a drop in revenue.

See www.banhamzoo.co.uk or www.africa-alive.co.uk or to donate to the ‘Wild About Survival’ fundraising appeal on JustGiving here