Alexander Laird was born in Northumberland in 1894, and was all set to follow in his fathers’ footsteps as a jeweller when war broke out in 1914.  Maybe the life of a jeweller in Blyth didn’t inspire 20-year old Alex or he wanted adventure and travel before settling into the family business, but he enlisted as a private in one of the first waves of recruitment in August 1914.  He served with the Gloucestershire Regiment 12th & 3rd battalions as part of the 95th Brigade, which was transferred to the 5th division in December 1915. Remarkably, Laird would go on to hold almost every rank from private to Captain through the course of the war.

Laird clearly made an impression early on and was made an Instructor of Musketry while attending Brigade School in Sittingbourne. Two small photographs from this time are included in this lot, including one annotated ‘Milstead Camp, Sittingbourne’. Sittingbourne was the site of a major military training camp and many regiments passed through the town, which is in close proximity to the Kent coast, before embarking for the front.  This area was also seen as the first line of defence in case of German attack and miles of preparatory trenches have recently been unearthed around the nearby Isle of Sheppey.

By September 1916 Laird was in the thick of the fighting in France and was wounded in the Battle of Guillemont as part of the Somme Offensive.  A copy of the letter from Laird to his future father-in-law while recuperating at Somerville Hospital included in this lot describes the attack and how he came to be wounded. This highly detailed account relays the formation of the companies, the conditions of the trenches including the bodies surrounding them, and attacking the ‘bosche’ – he states “It was amusing to say the least of it to see our chaps practising bayonet exercises on the Germans”. Laird makes a point of stating that his orders were ‘NO PRISONERS’, and he later explains how his thoughts during the attack were with those family members who had already been lost in the war (a postscript mentions that Laird’s brother had previously been killed on the battlefield aged only 19).

Just a few months shy of the end of the war, Laird was involved in the action for which he was awarded the Military Cross and Bar.  The Glosters were part of the desperate effort to stop the German breakthrough and hold the British line at Nieppe Forest in April 1918.  Laird’s battalion were detailed to capture Le Vertbois Farm (henceforth known as ‘Gloucester Farm’) and despite being under intense fire they took the farm along with thirty German soldiers.   Official records state that Laird was awarded the MC “for conspicuous gallantry and devotion to duty when commanding his Company and supporting an attack.  Considerable enemy resistance being encountered at a group of buildings, he took his Company forward, captured the objective, and consolidated the pass position.  With the assistance of a CSM and a runner he captured 30 of the enemy in a cellar.  Throughout the whole operations he displayed great courage, cheerfulness and marked ability.”

Upon receipt of the Bar for the MC, records state that it was “for conspicuous gallantry and devotion to duty. He was battalion intelligence officer during an attack and as the position was obscure owing to the mist and the quick advance he went forward to find out the dispositions of the enemy’s line, showing great disregard of danger.  In one case he was beyond the front line for two and a half hours, all the time under heavy fire, and returned with most valuable information.  Later in the operations he re-organised a company and was severely wounded while personally leading the attack.”

Captain Laird returned to Blyth after the war and took over his fathers’ jewellers.  He died in 1969 aged 75. 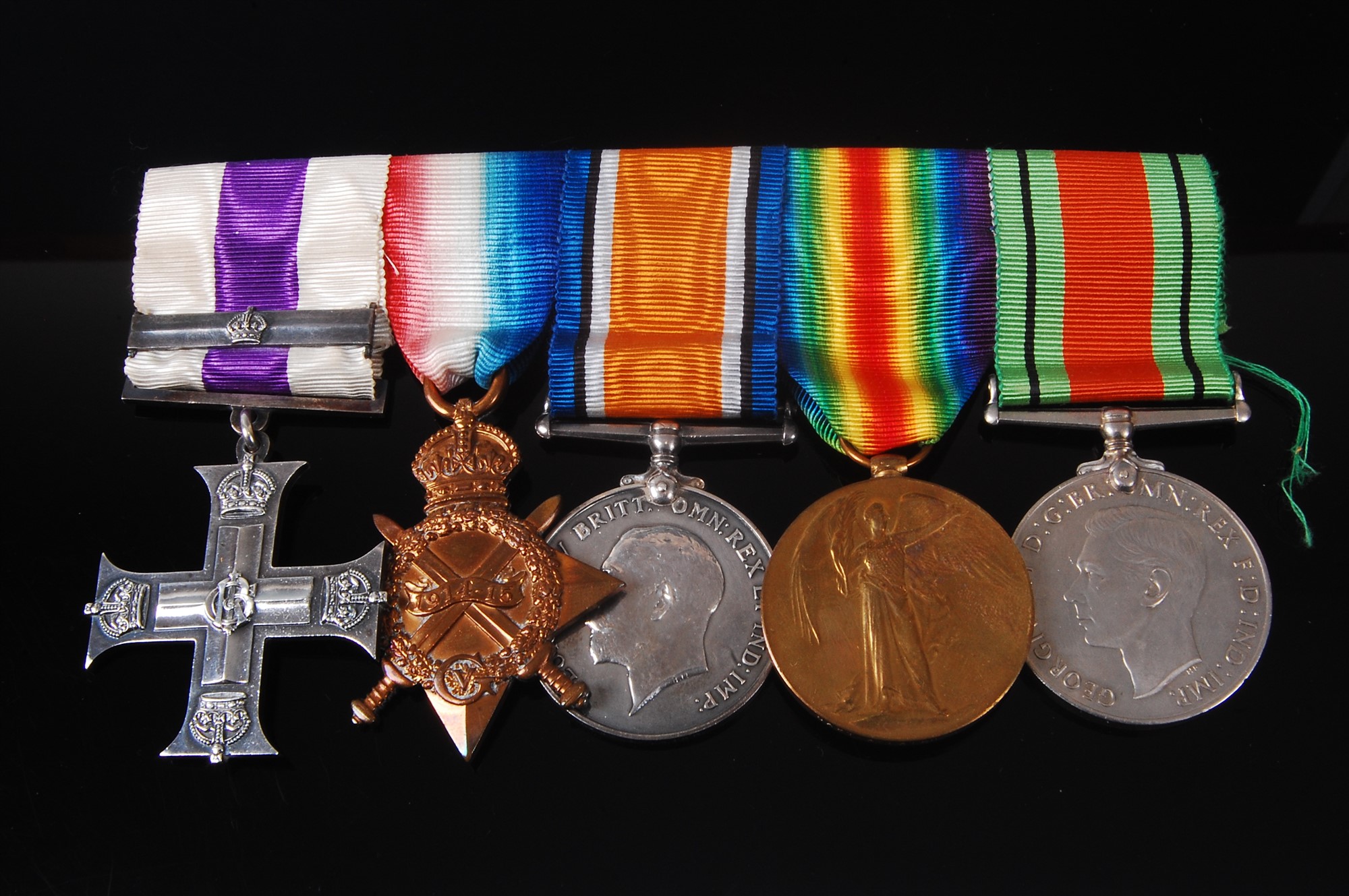 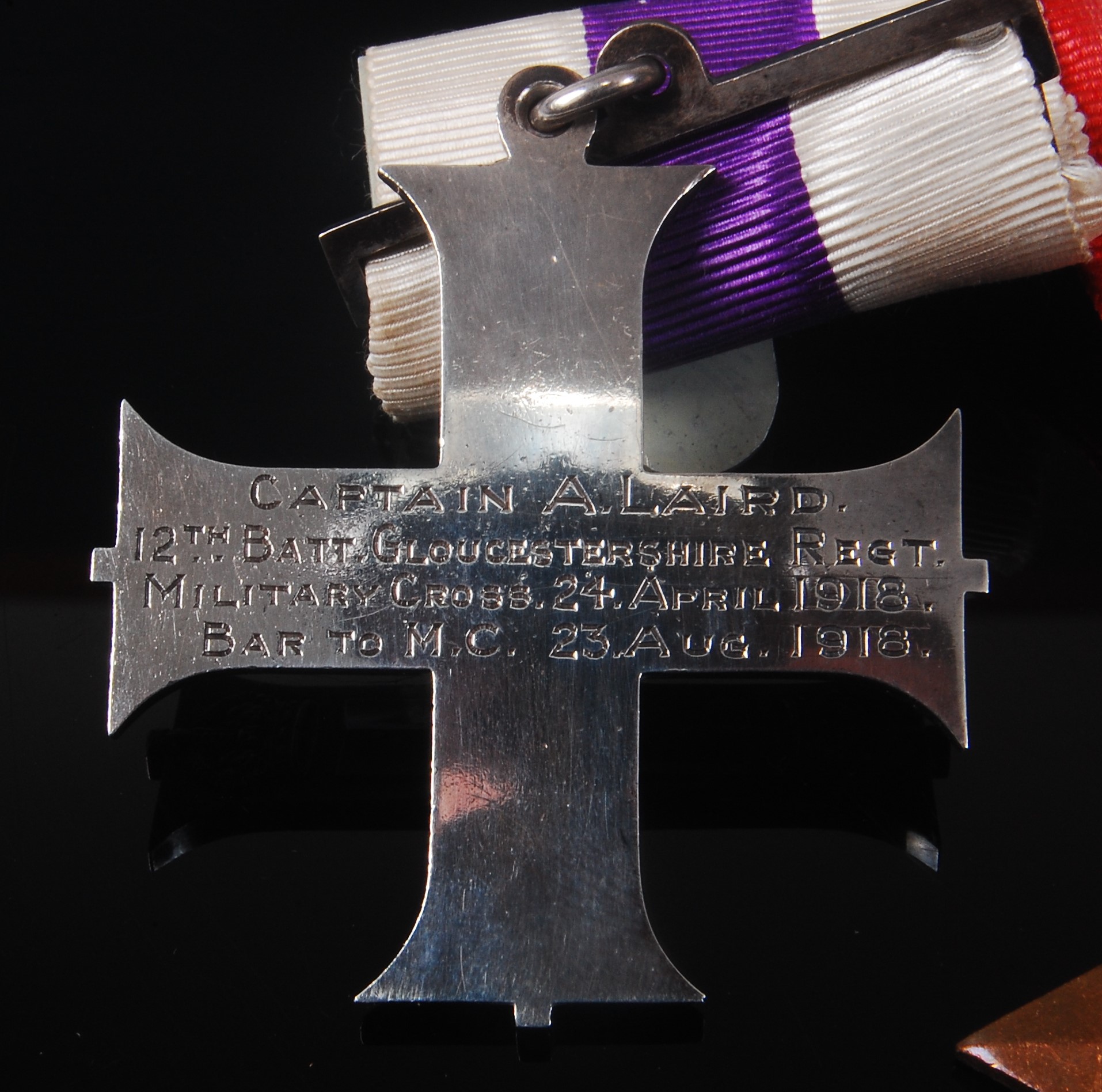 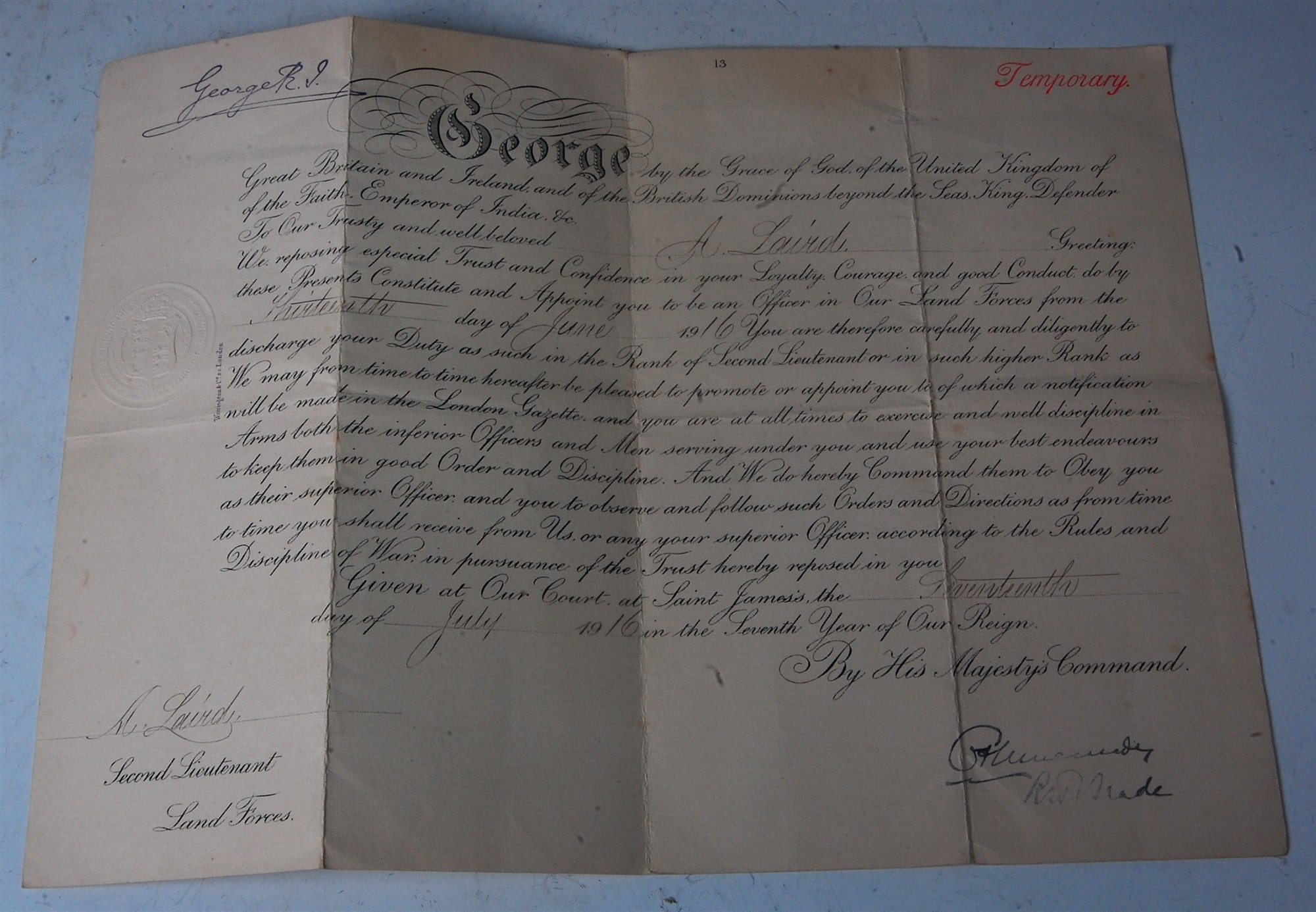