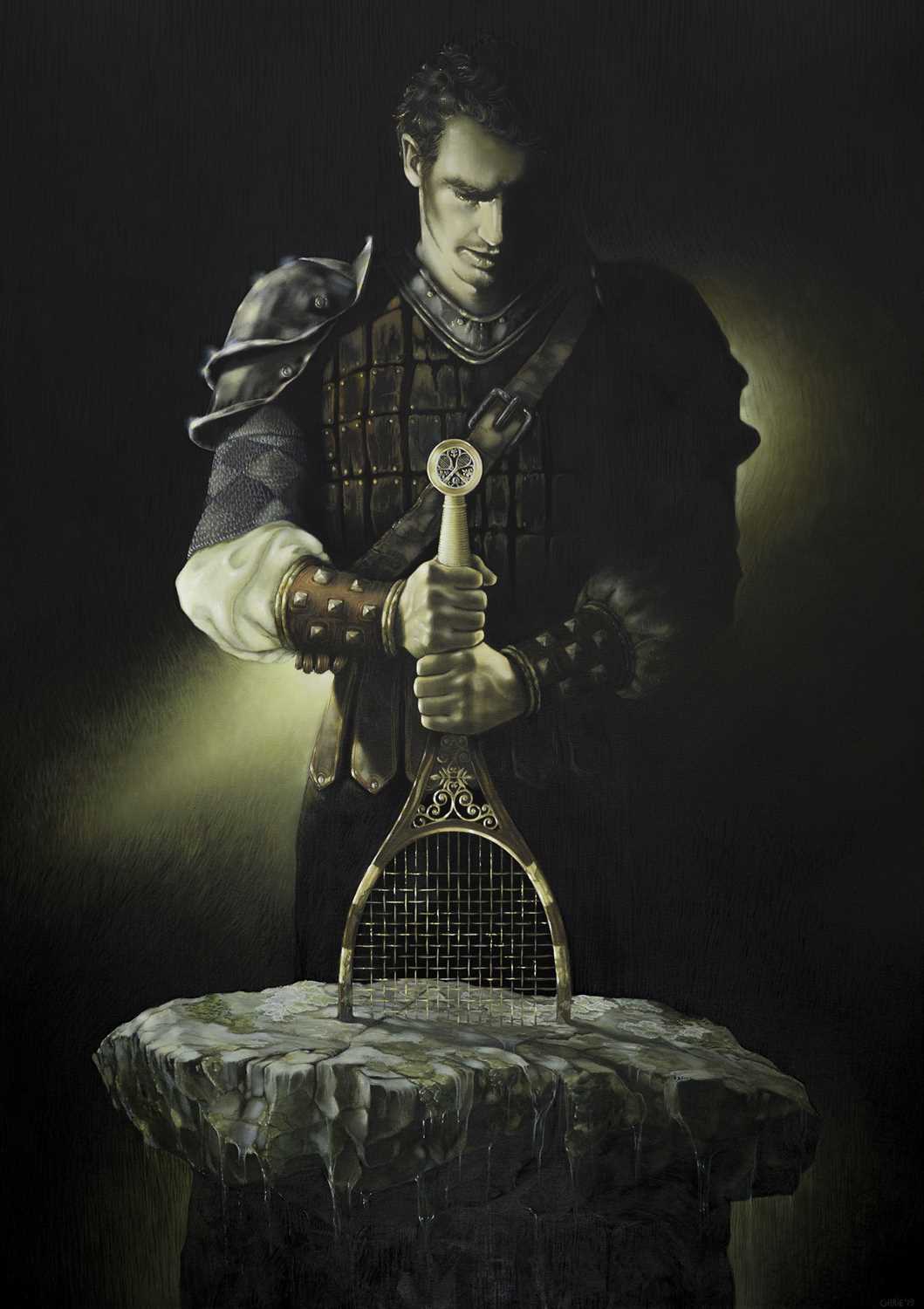 An original oil painting inspired by Arthurian legend, created by the artist Corrie Chiswell, BFA (Oxon). The artwork is signed by the artist and executed in Michael Harding oil paints on canvas and is presented in an exhibition quality black box frame.

Corrie Chiswell’s art celebrates figure, form, land, sea and sky. She draws inspiration from myths, fairytales and literature but also the world about her; our interaction with the commonplace and the spiritual, the conscious and the sub-conscious. The artist explores themes as diverse as The Highland Clearances, folklore, classical mythology, war and our impact on a fragile planet. The inspiration for her narrative portraiture is drawn from literature, historical events and song while her sitters channel angels, selkies, sirens and characters from fairytales.

In her painting Knight of the Tennis Realm she takes inspiration for her subject matter from Arthurian Legend, portraying the sporting legend Sir Andy Murray as King Arthur drawing Excalibur from the stone. The painting is executed in Michael Harding oil paints on canvas and is framed in a black exhibition quality box frame

Corrie Chiswell was born in Edinburgh, Scotland in 1963. Her family are originally from the Western Isles, but she spent most of her early years in the Borders and Central Highlands. She studied art at Fettes College where she won The Andrew Campbell Memorial Prize for Art, and was taught by the Scottish painter John Brown RSA, before going up to Oxford. There she completed a degree in fine art, specializing in painting, at the Ruskin School of Drawing and Fine Art. On completion of her degree in 1985 she traveled extensively, living and working from her studios in Australia and America, until 1995 when she returned to the United Kingdom. In both countries she painted murals in public and private buildings, while creating smaller works from her studios. She moved to Wales in 1996 and now works from her studio in Cardiff.