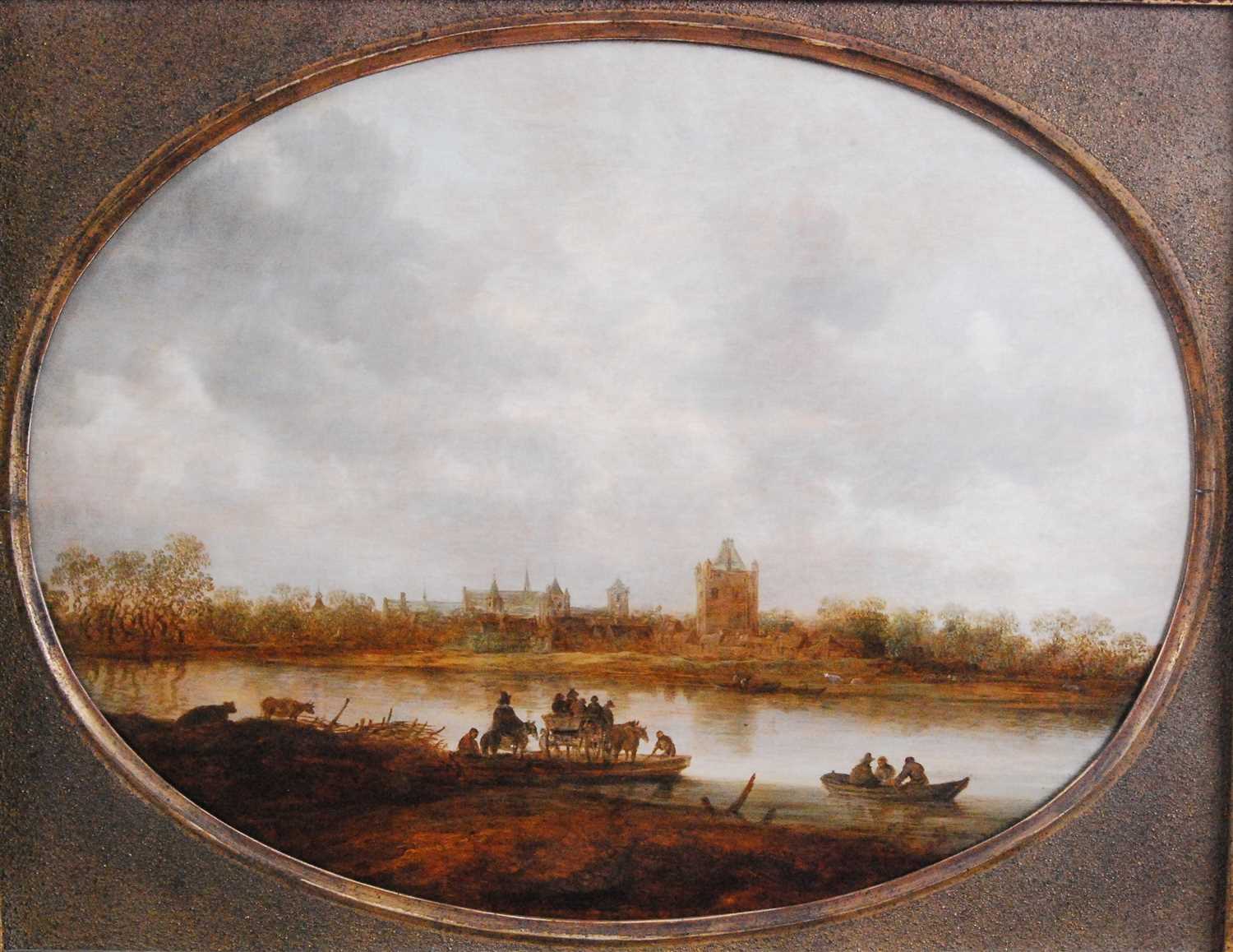 Provenance: Consigned from the estate of a local family of Dutch heritage, who acquired the painting in the 1950s/60s.

Van Goyen was a prolific landscape artist of the 'Dutch Golden Age'. He was famously influential and numbered Jan Steen amongst his students (who also became his son-in-law).

Doetsch (1839-1894) - German born industrialist who lived in London. An enthusiastic art collector who regularly opened his home and gallery to interested parties. After his death Christie, Manson & Woods conducted the hugely successful sale of his art collection which included Rubens, Titians, Holbeins, van Dyck’s and Durer’s amongst many others. Some of the paintings were acquired by the Royal family and many are now in public collections.

No splits or fine shrinkage cracks.

Picture has been cleaned back at some point, has light varnish finish all over.

Paint good and stable all over, no craquelure or breaking out.

UV lamp shows light touching-in all over, with heavier spots in some areas (notably to sky) – no touching-in visible to the naked eye.